What Became of the Toisa OCV Fleet? 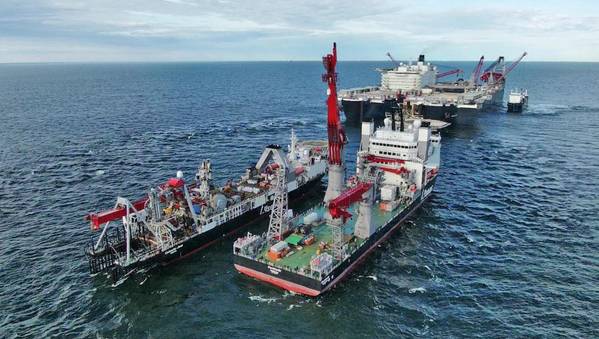 In July 2017, with overall debts totaling about $1 billion, Gregory Callimanopulus led Toisa Ltd was forced into selling off its entire fleet. What followed was one of the largest and most systematic selloffs in offshore history, and for the purpose of this article we shall focus specifically on the winding down of the Toisa construction vessel fleet.

Offshore construction vessels (OCV) made up circa 25% of the overall size of the Toisa fleet and generated over $180 million during a two-year selloff. What has become of these assets? Who owns them now? Have they been successfully repurposed, and if so, what contracts are they working on?

Toisa Patroklos
The first vessel to be sold off was the jewel in the crown of the Toisa fleet, the Toisa Patroklos. The HHI built DP3, Ulstein HX102 design vessel was originally ordered in January 2013 for an estimated price of excess $200 million. The vessel was still under construction when purchased by Allseas in November 2017 for $95 million. VesselsValue value day before sale was $98 million, suggesting that Allseas acquired an attractively priced unit.

The vessel was delivered in March 2018 and renamed the Fortitude. It now works exclusively on Allseas’ projects providing pipelay support and is not available to the open market. Below shows current location working on the Nord Stream 2 pipeline project supporting Allseas behemoth pipelay vessel Pioneering Spirit.

Toisa Perseus
Almost a year passed until the next OCV sale, this time it was the Toisa Perseus multipurpose support vessel (MPSV) (113.6 LOA, Sept 1998, Van Der Giessen). Purchased by the Mexican company Navieros del Golfo SA for $7.4 million, the vessel was laid up, out of class and in need of extensive upgrades and reactivation, which is still ongoing today and explains the cheap purchase price that Navieros were able to secure her for (VesselsValue day before sale was $13 million).

Toisa Proteus
Around the same time the Toisa Proteus MPSV (133 LOA, 2002, Van Der Giessen) was sold to Microperi Italy for $10.85 million. This low price is again due to the vessel being laid up, out of class, in need of extensive upgrades and reactivation. Interestingly this vessel was purchased as is in the UK and has now been repositioned to Mexico, the cost of which is believed to have been factored into the purchase price.

Now renamed Proteus, the vessel has been providing field support for Pemex in the Bay of Campeche. The project has a completion date of December 2020.

The Proteus working in the Bay of Campeche (Image: VesselsValue)

Toisa Pegasus
Next to be sold was DP-3 dive support vessel (DSV) Toisa Pegasus (132 LOA, 2009, IHC Merwede) to the well-known buyers Subsea7. Subsea7 purchased the vessel as is Greece for $38.95 million.

She was subsequently upgrade and repositioned for Seasonal IRM work in the North Sea Jura gas field before heading East to start work for China National Offshore Oil Company.

Toisa Wave
One of the more complicated deals involving the Toisa fleet, The Toisa Wave (87.4 LOA, 2011, Wuchang Shipbuilding) was purchased by Eastern Navigation Singapore for the bargain basement low of $6 million. The vessel was part of a four ship deal, including three other large anchor handlers, whereby the creditors required the buyer to take on all vessels en bloc for an aggregated price of $24 million. Aside from being laid up in Hull, UK for the past four years, the vessels had to relocate to their new home in Singapore for which the buyer incurred heavy expense.

The Wave has now been renamed ENA Wizard and is currently located in Eastern Navigation’s own shipyard in Singapore, again signalling a speculative move on the buyer’s part.

Toisa Paladin
The second DSV of the Toisa fleet, the Toisa Paladin was purchased by a new entrant to the OCV sector, stalwart British shipowner James Fisher Shipping for $20.3 million, laid up and out of class. VesselsValue value day before sale was $24.3 million.

The vessel has since been renamed Subtech Paladin after undergoing significant upgrades in Las Palmas in order to meet the necessary requirements to begin field work support for ExxonMobil off Nigeria in the second quarter of 2020.

Toisa Valiant
The final sale, in May 2019, was the Toisa Valiant (80.5 LOA, 2005, Wuhu Xinlian) purchased by Oceanpac Servicos Maritimos for $2.3 million. Since 2014 to March 2019 the vessel had been working field support for Petrobras.

The Toisa Valiant is now renamed Parcel Das Paredes has been laid up in Rio de Janeiro, Brazil since March 2019 with no current forward work planned as of August 2019.