The cable connects Elia’s Offshore Switch Yard to the shore station Stevin at Zeebrugge, as well as the Rentel wind farm Offshore Substation.

"The  dual-lane cable installation system, consisting of two cable highways - can install one cable while the next cable can be simultaneously prepared on deck, including the installation of the cable protection system (CPS)," said the release.

“This is again a very successful job executed by the ‘Living Stone’. It was great to see all plans worked out without any set back,” says Marco Kanaar, Project Director at DEME Offshore.

“Usually with a new, complex vessel such as the ‘Living Stone’ you might expect some teething problems, however it was great to see that our crew had already ironed out any potential issues beforehand. Definitely the great team spirit between our marine crew and project team and certainly the constructive approach from our client Elia have been instrumental to the success,” he added.

“The MOG plays an essential role in the transition towards more renewable energy. We are especially proud that Elia can act as a pioneer in this regard,” says Tom Pietercil, Project Director at Elia.

“The project has been completed in record time: the first agreements were made with the authorities in March 2016, and the MOG will be operational this September. This is the result of good cooperation between all partners in the project,”  Tom said. 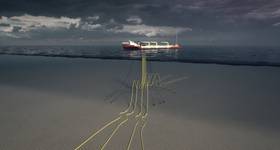 4Subsea to Monitor Steel Catenary Risers on Giant FPSO in... 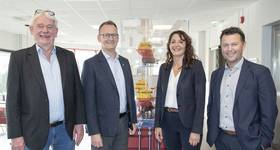