The Norwegian Petroleum Directorate (NPD) expects that more than 50 exploration wells will be drilled in 2019. This is just as many as in 2018. Most of the wells being drilled in 2019 are wildcat wells, while in 2018 there was an almost equal number of wildcat and appraisal wells.

Discoveries have been made in just 6 of the 22 wildcat wells drilled so far this year. None of the wells in the Barents Sea Southeast have been a success as of yet, but there have also been several wells in mature areas that have not delivered.

“Conventional exploration targets in many mature areas have already been tested, and the companies are now trying out new types of exploration targets with several unknown factors in these areas as well. Therefore, it comes as no great surprise that the discovery rate has fallen somewhat,” says exploration director Torgeir Stordal.

“There is considerable diversity in the exploration concepts being tested. This reflects our diverse player landscape and the fact that the companies have creative geologists and geophysicists,” says Stordal.

“Even though the probability of discovery is low in many exploration targets, the upside can be significant if discoveries are made. It will be exciting to follow the results in the second half of the year.”

30 exploration wells have been completed in the first six months – 22 wildcat wells and 8 appraisal wells. Six discoveries were made; four in the North Sea and two in the Norwegian Sea.

Aker BP, operator of production licence 869, has made the largest discovery so far this year. The company has discovered gas and oil in the “Froskelår” prospect where the preliminary volume estimate is between 10 and 21 million Sm3 of recoverable oil equivalents. The discovery is located near the Alvheim field in the North Sea.

Equinor, operator of production licence 159 B, has made an oil and gas discovery southwest of the Norne field in the Norwegian Sea. A preliminary estimate of the size of the “Snadd Outer Outer” prospect is between 0.4 and 10 million Sm3 of recoverable oil equivalents.

The drilling of an appraisal well was halted due to technical problems; there is therefore a considerable range of uncertainty regarding the recoverable volumes.

Equinor, operator of production licence 120, has made a minor oil discovery near the Visund field in the North Sea. Preliminary estimates place the size of the discovery between 2.0 and 4.5 million Sm3 of recoverable oil.

Equinor, operator of production licence 199, has also made a small gas/condensate discovery near the Kristin field in the Norwegian Sea. Preliminary estimates place the size of the discovery between 1 and 4 million Sm3 of recoverable oil equivalents.

At the end of June, drilling was under way in 7 wells, and 25 to 30 exploration wells are planned for the second half of 2019.

The total number of exploration wells in 2019 will probably be around 35 in the North Sea, 15 in the Norwegian Sea and 6 in the Barents Sea. 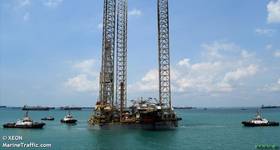 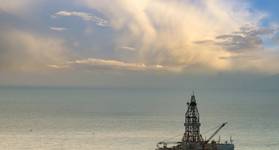