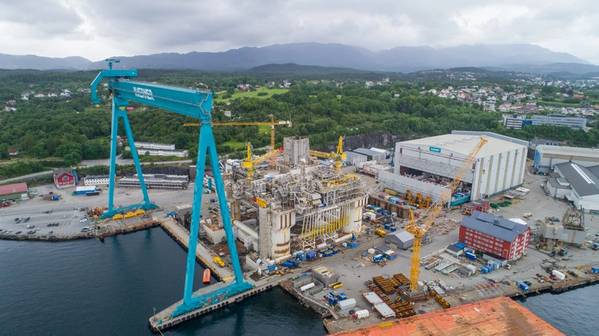 Norwegian based engineering, procurement and construction (EPC) firm Kvaerner said it has been awarded a contract from Shell to perform an early phase design engineering of the planned Jackdaw wellhead platform on the UK Continental Shelf.

Kvaerner said its specialized engineering group in Trondheim and Oslo will execute the job in cooperation with Leirvik and Rambøll in Oslo and Esbjerg, Denmark.

Jackdaw high-pressure high-temperature (HPHT) project in the central North Sea will be an unmanned platform with a compact deck on a steel substructure standing on the seabed.

The objective of the early phase design engineering is to develop further the concept which Shell has chosen for the wellhead platform, Kvaerner said. The job includes preparing the technical documentation needed for a subsequent next step of detail engineering and building the platform.

Kvaerner noted it has recently completed the delivery of a similar platform for Aker BP’s Valhall field, and will use this successful experience in the new job for Jackdaw.

"This contract is very important for Kvaerner and for our position as an EPC provider of wellhead platforms and normally unmanned and unmanned installations. The contract also represents a volume that secures the jobs for a part of our engineers up to spring 2020 in the first round. Additionally, the contract is strategically important in a longer perspective. By entering the FEED, we are close to the development – and by that we secure a good position to compete for and win future EPC contracts," says Kvaerner EVP Sturla Magnus.

The work starts immediately and will continue until the delivery of the final FEED study report in December 2019.