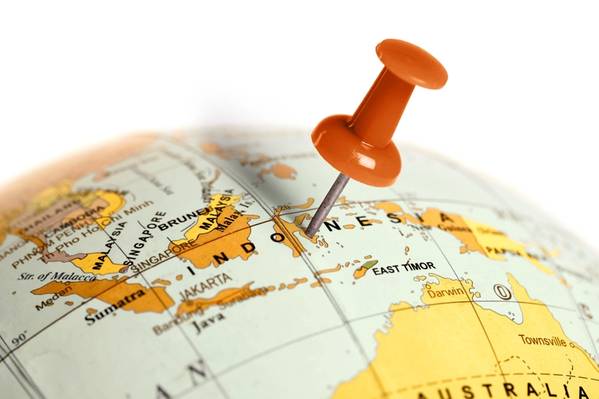 Inpex President Takayuki Ueda said the Japanese company, which owns a 65 percent stake in the project, said they plan to submit a development plan for the project within several weeks to the Indonesian government and aim to make a final investment decision within 2-3 years.

The signing ceremony took place on the sidelines of a meeting of G20 energy and environment ministers in Karuizawa, northwest of Tokyo, which Indonesian Energy and Mineral Resources Minister Ignasius Jonan is attending.

The remaining stake in the Abadi project, situated in the Masela block, is owned by Royal Dutch Shell, the world's largest buyer and seller of LNG.

But Shell is moving to sell its stake in the Abadi project, industry and banking sources said in May, following on from an asset disposal programme that has raised more than $30 billion.

Asked whether Shell plans to sell its stake in the project, Ueda said his company has not heard about that from Shell.

"We have signed a heads of agreement with the Indonesian government today on behalf of the project partners, after gaining endorsement from Shell," he told reporters.

Their sharing contract for the project, which is aimed to start operation between 2025 and 2030, was extended by 27 years to 2055, Ueda added.

Construction for this project was due to start in 2018, but in 2016 was delayed until at least 2020 after Indonesian authorities instructed a switch from an offshore to an onshore facility.

For Inpex, this will be its second major LNG project as an operator, after the $40 billion Ichthys LNG project in Australia. The Ichthys, Japan's biggest overseas investment and the country's first major project as lead operator, started shipping LNG last October, after several delays and cost overruns.