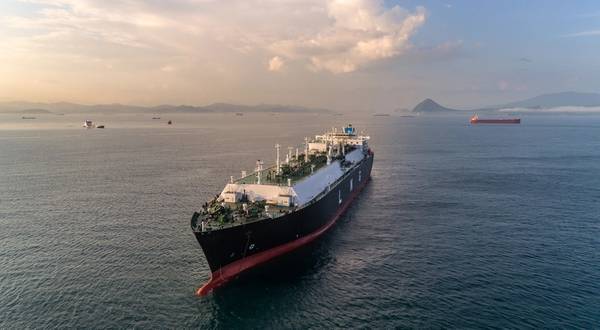 Canada — with its abundance of petroleum — has been surprisingly slow exporting gas anywhere other than across the border to the United States.

Now, Ottawa is supporting Canada’s first export projects for liquefied natural gas (LNG) with more than words, as it clears hurdles to overseas exports viability, including help against what will one day again be a situation of gas glut.

Western Canada’s LNG Canada project at Kitimat B.C. and a dozen other gas projects received some needed market push at the weekend, when Ottawa said exported LNG volumes would earn Paris Climate Accord carbon-emissions credits for overseas buyers of the Canadian product. The Globe & Mail report on Paris-linked LNG came just after the Tenth Clean Energy Ministerial met in Vancouver over the weekend.

Coupled with income tax changes, the new measure is sure to also provide a boost for other projects,

And the LNG “plug” adds to a PR effort for gas kickstarted this week, when the U.S. Department of Energy called American LNG “freedom molecules”.

It’s a first, rare victory for Canadian gas. Pre-Trump America had successfully resisted the Keystone Pipeline. Resistance in Canada, too, still comes from scientists and environmentalists urging Ottawa to reject a proposal for an LNG terminal for Atlantic-bound exports from hydro-powered French.

A second wind came today, when Ottawa announced it would spend CA$275 million (US$204.6 million) funding the natural-gas facilities that can document they have the lowest emissions of all types. The victories also boost the long-term financial viability of B.C. projects Woodfibre LNG and Kitimat LNG, from where it is hoped some 28 billion cubic meters of natural gas will export every year.

Asia also stands to benefit from LNG Canada and emissions credits for gas. Asian pipelines are few and gas-selling rivals are supersized, but Shell and CNOOC are among those who will also benefit from new Canadian flows.

Unlike the European Union, which has turned its back on gas of late, the Canadian Association of Petroleum Producers is still 100% behind gas exports, just as Ottawa now seems to be. The DOE, too, is now upbeat about gas, and Freeport LNG this weak was granted permission to export more gas to Europe from Texas.