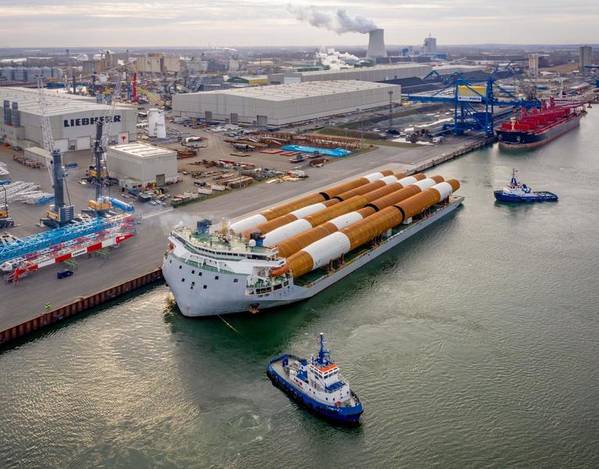 The promise of jumbo project financings arising from Taiwan’s ambitious push to develop offshore wind farms is beginning to hold true as a flurry of loans compete for liquidity among the island’s lenders.

Financings totaling at least NT$155bn (US$4.92bn) are in the works, as sponsors and financiers dive into one of the world’s fastest-growing offshore wind markets.

The latest deals add to a glut of financings from the offshore wind sector, testing the capacity of the island's bank market for a little-known asset class.

“We know little about those international developers and will only choose the financings for top-tier sponsors, carefully crafting our exposure to the new sector,” said a senior loan manager at a state-owned bank.

Perhaps as a reflection of that dynamic, Orsted is taking a two-pronged approach to raising funds. It launched a NT$25bn five-year corporate loan in early May for the construction of offshore wind farms in Changhua and is also eyeing a new long-term PF for the same project.

“Compared with project financings, we are more comfortable with the five-year corporate loan for Orsted as our credit departments are more familiar with the structure despite the tight pricing, and we are more willing to book short-term assets,” said the banker, who added that Orsted’s corporate loan will get a better reception than the longer PF.

The first offshore wind farm-related loan in Taiwan was in May 2016 for Formosa I OWF, a joint venture between Swancor, Macquarie,  Orsted and Japan's JERA. The NT$2.5bn five-year loan was clubbed with Cathay United Bank, EnTie Commercial Bank and BNP Paribas and funded the installation of two turbines for 8MW combined in October that year.

Since then, a slew of wind farm projects have tapped Taiwan’s loan markets, including a NT$18.7bn PF in June 2018 for Stage 2 of Formosa I OWF, the island’s first commercial-scale offshore wind plant.

Stage 2 will install an additional 120MW of capacity in Miaoli county in western Taiwan and commence operations by 2020.

Taiwan is targeting to install 5.5GW of offshore wind power capacity that is estimated to bring in US$30bn of investment to the island by 2025.

Winds of change?
While the projects hold a lot of promise, they also pose significant political and commercial risks to lenders as well as sponsors.

Lenders are concerned about the long tenors on the financings, which stretch well beyond the presidential elections in Taiwan slated for the first half of 2020.

The current government under president Tsai Ing-wen has lent strong support for a “greener” economy with favorable policies for renewable energy since 2016, However, a potential change in government next year poses questions over the continuation of the Green energy policy.

“The balance of risk and reward is always crucial for our investment plan. We can’t overlook the potential political and regulatory risks and just go with the investment opportunities. Any winds of change may blow over the excitement about the Taiwan’s offshore wind market,” said another senior loan banker in Taipei.

Even if the new government continues with the existing Green energy policy, there are commercial risks that could throw a spanner in the works.

In late May, German wind project developer Wpd finally closed its NT$85.44bn PF with 17 lenders for the first phase of its offshore wind farm project in Yunlin area after several months of delays over the feed-in tariffs (FIT).

On April 30, Orsted announced that it had finalized its investment decision on another offshore wind farm project in Changhua following a lengthy review period.

Wpd and Orsted, along with other major developers, had threatened to put their projects on hold over delays and concerns about retrospective changes to the FIT framework in early January. They changed their stance after Taiwan’s Ministry of Economic Affairs announced on January 30 an 8% increase to the 2019 FIT to NT$5.52 per kilowatt hour from NT$5.10 proposed earlier in November last year. However, despite the increase, the new FIT is still 5.7% lower than that for 2018.

“For international developers, a higher FIT is necessary to cover the costs of setting up local supply chains to comply with the government’s localisation requirements when they enter a new market,” said the second banker. “And this is a reminder that any unexpected political decisions could put at risk the development and growth of the nascent offshore wind market.”