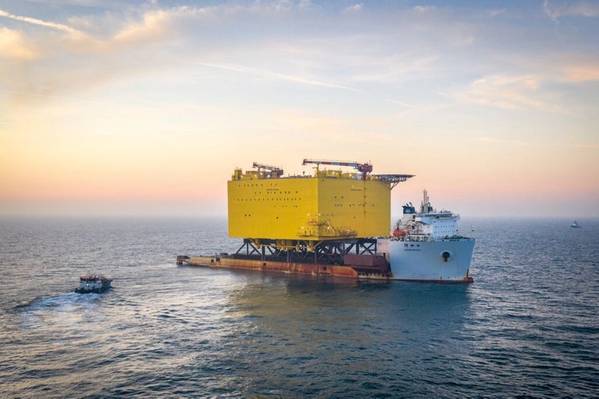 Under a contract from German grid operator TenneT Offshore worth about S$560 million to Keppel FELS, a subsidiary of Keppel Offshore & Marine Ltd, the consortium will design, engineer, procure, construct, install and commission the new HVDC converter station and an onshore converter station.

Together with its subcontractor ABB (ASEA Brown Boveri), the consortium will also undertake the installation and start-up operations of the offshore and onshore converter stations on site at Germany.

Scheduled to be completed in 2024, the two converter stations will be part of the DolWin cluster servicing offshore wind farms in the German sector of the North Sea, including Borkum Riffgrund West 2, West Borkum, Riffgrund West.

Chris Ong, CEO of Keppel O&M said, "This is Keppel O&M's first major project of this scale and extends our track record in supporting the renewable energy industry. We see opportunities in this segment as the offshore renewables market is expected to increase significantly over time with increasing concerns over climate change."

Tim Meyerjürgens, COO of TenneT, said, "With DolWin5 we open a new chapter in offshore grid connection technology: For the first time we will realize a direct connection between the wind turbines and TenneT's offshore platform without any further substations. We are convinced to have found an experienced partner with the consortium of Aibel and Keppel FELS with whom TenneT will be able to accomplish this innovative project successfully."