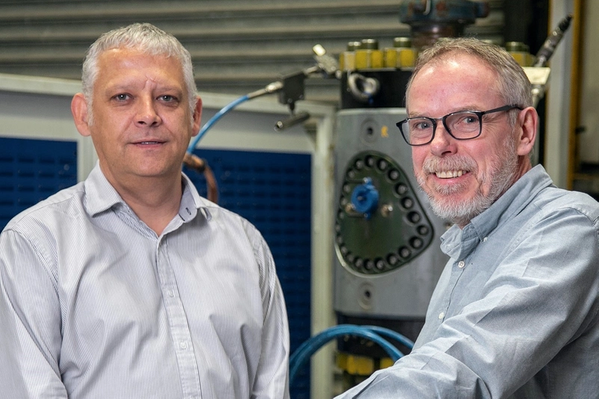 Interventek Subsea Engineering said it is developing a control system for a new subsea in-riser landing string that is designed to reduce size, weight, complexity and cost.

The development of the new control system has gained support by the way of funding from the Oil and Gas Technology Center (OGTC). As part of the agreement, Interventek has also secured the support of an international oil company as project sponsor, who’s role will be to provide end-user expertise and design criteria feedback as part of a project steering committee. Interventek said it aims to complete the project, valued at a six figure sum, and deliver a function tested prototype by the end of 2019.

Landing strings are in-riser safety systems which interface with the subsea wellhead on the seabed to allow completion or well intervention activities to be conducted safely from floating vessels. They contain a subsea test tree within a blowout preventer (BOP). The test tree includes large bore hydraulically controlled valves to provide enhanced well control and cutting and sealing capabilities to rapidly shut-in the well and disconnect the vessel in case of emergency, typically in an adverse weather event or drive off scenario. The control system operates the valves within the test tree, the tubing hanger running tool (THRT) and delivers all the functionality in the landing string for running completions or performing interventions.

Current control systems are very large and difficult to transport to and around the rig, weighing as much as 50 metric tons, Aberdeen-based Interventek said. They typically comprise an umbilical (up to 3,000 meters long and up to 100 milometers in diameter), an umbilical reel, a surface control unit (SCU) to deliver the hydraulic power and control the valves, and a riser control module (RCM) to provide local accumulation and direct the hydraulic power to the valves and THRT. These mult-million dollar systems are time consuming to rig up, can be vulnerable to damage and costly to service and maintain.

Interventek said it aims to deliver capital cost savings in the region of 70% and to reduce the cost of ownership by more than 50%. The weight of Interventek’s new control system should be in the region of 10 tonnes, with a much smaller footprint, leading to a 15-20% reduction in operational costs through reduced rig up times, deck space, logistics, ancillary support equipment and POB (personnel on board) requirements, amounting to several millions of pounds saved annually for the operator.

Interventek’s control system will leverage the unique properties of the company’s patented Revolution valve technology to reduce the number of hydraulic lines, replacing them with electrical functions and will drastically reduce the size and weight of the umbilical, reel, SCU and RCM. Importantly, the combination of this valve technology and a next generation control system intends to provide the industry with an advanced system that is able to shear coiled tubing and isolate the well in the event of an emergency in less than a second.

To fast-track and lead the delivery of the project, Interventek has appointed Graeme Dorrance as their senior controls engineer. Graeme has almost thirty years of electrical controls and automation experience, twelve of which has been gained within the subsea industry. Prior to joining Interventek, Graeme held a number of senior management roles, working for APD for twenty three years and most recently for Electro-Flow Controls.

Dorrance said, “In today’s fast advancing world of the ‘Industrial Internet of Things’, being involved in the development of a next generation control package for subsea intervention operations is both exciting and refreshing. Using my depth of experience from 29 years in the controls and automation industry, along with proven technology from other industries, I’m aiming to significantly modernize traditional landing string control systems. Interventek’s solution will drive down deployment time and drastically reduce costs, whilst at the same time providing an intuitive, user-friendly interface for the customer. This is a game-changing and disruptive approach which will benefit the global subsea industry.”

Gavin Cowie, managing director of Interventek, explained, “The subsea industry is always looking for lower cost, faster and safer ways to operate on expensive offshore floating vessels. Reducing the size and weight of particularly bulky service equipment, like subsea intervention control systems for landing strings and intervention workover control systems, is of particular interest to operators. Reducing HSE risk and personnel on board is always sought and our technology aims to achieve this.

“By reducing the cost of operations we believe it will make them more likely to occur, helping to keep wells producing efficiently. Looking at the end of life market, this technology can also reduce the cost of re-entering and recovering completions from wells prior to abandonment activities. In the North Sea alone there is a sizeable subsea well inventory with 622 operating and 310 shut-in wells, according to the OGA 2018 Well Insights Report, therefore the deployment and cost saving opportunities are significant.”

Malcolm Banks, Wells Solution Center Manager at the OGTC, added, “Through our industry support programs we are actively encouraging innovation and more importantly, the accelerated delivery of appropriate technology, to help reduce the cost of well operations in the UKCS, both now and into the future. Reducing well delivery costs by 50% could unlock up to 5 billion barrels of oil and gas but the industry needs new technology and smarter, more sustainable practices to make this a reality. The subsea market is a high cost environment so Interventek’s project is an excellent example of how we can work together to develop well targeted solutions to help maximize economic recovery.”

Commencement of this landing string control system project follows on the back of Interventek’s recent announcement of their £750,000 investment in new staff and facilities.