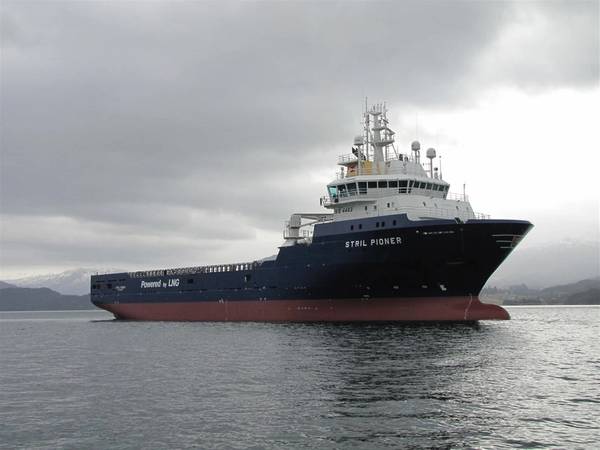 Norwegian offshore support vessels provider Simon Møkster Shipping said that it has has signed a contract with the compatriot oil and gas company Equinor for a platform supply vessel (PSV) Stril Pioner.

According to a press release from the PSV owner, the contract is scheduled to commence before the end of June and is for a period of four months. Apart from the firm contract, Equinor will have three two-month options to extend the contract further.

Stril Pioner is a Offshore supply vessel  of a VS-4403(LNG) design, built in 2003 by Kleven Verft - Ulsteinvik, Norway. Currently sailing under the flag of Norway. Formerly it was known as Viking Energy. It's gross tonnage is 5073 tons. It is 95 meters long and 20,4m wide with deadweight (DWT) of more than 6000t.

The Stril Pioner was one of the first gas-fueled supply vessels in the North Sea, delivered in July 2003.