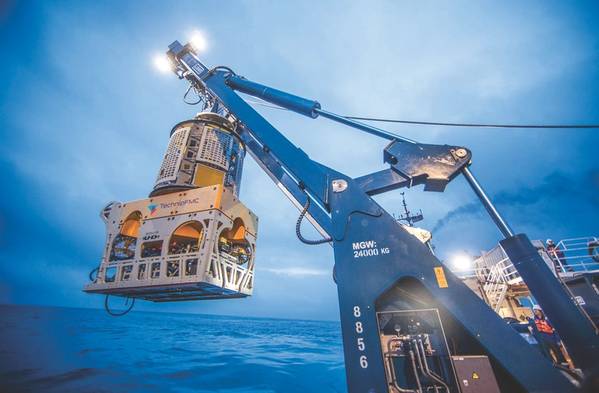 For years, “maintenance and modifications” were catchwords for nearly everything that wasn’t greenfield activity offshore. Two economic slowdowns later, subsea “M&M” might be seen as inspection, maintenance and repair (IMR), a segment that includes light well intervention, well monitoring and a range of subsea work offered as “life-of-field” and life-extending. Now, new transatlantic rules and best practices offer paths to future IMR earnings for operators and suppliers.

When the DNV GL call for well data went out to Norwegian operators and oil ministry managers about a decade ago, few would have imagined that it might one day help spawn new business streams. Back then, a DNV GL well integrity researcher seemed but a sign that Class was branching out into offshore structures, both surface and subsea.

Fast-forward about 15 years to 2019, and the new US Bureau of Safety and Environmental Enforcement (BSEE) has put out a similar call for well data. In the past year, BSEE has followed that up with revised rules for well design, well control, casing, cementing, real-time monitoring, asset integrity and subsea containment. There’s even a new BSEE rule for 2019 governing field Life Cycle Management, 1st Edition.

Among the new rules is a requirement that an offshore facility have its own oceanic monitoring in real-time, and the use of a remotely operated underwater vehicle (ROV) or autonomous underwater vehicle (AUV) is recommended. Asset integrity for standing structures, subsea structures and wellheads has been codified into life-of-field canon, but knowing the strictures is a basis for future earnings. Some know them well, and today, large supplier-contractors known for their engineering procurement, construction and installation (EPCI) have recently taken shares in specialist subsea companies or formed joint ventures to do more of the inspection work today’s robotic tech makes possible and today’s rules make potentially lucrative.

An example of this is Subsea 7’s inspection brand, i-Tech, now doing what the company calls IRM (IMR) work. February 2019 saw BP Exploration award them a contract for “construction, inspection, repair and maintenance” for all BP assets in the North Sea West of Shetlands and in the northern North Sea. iTech Services is slated to provide the operator with a life-of-field work vessel, Solstad’s Normand Subsea, with “work class and observation class ROVs capable of inspection, survey, intervention” and light, subsea construction and two moonpools.

IMR grouping
While the award was a contract extension, 2018 was the year of IMR for Subsea 7. November saw Shell UK Ltd. join a seven-operator frame agreement that will see Subsea 7 provide IMR, construction and decommissioning services as part of its diving support vessel initiative.

In May 2018, Norwegian operator Equinor had also agreed to take a life-of-field support vessel, Seven Viking, from Subsea 7 to go with IMR performed by ROV, although the vessel also does light construction, as in module and tree installs managed from i-Tech Services in Aberdeen. “The award of this long-term [IMR] contract acknowledges the capability and high standard of performance i-Tech Services has established over decades of providing [IMR] services to [Equinor],” states Steve Wisely, i-Tech senior vice president. IMR, however, hasn’t always been called IMR, and even today, IMR assets are only now being grouped, hired or partnered with, as supplier consolidation coincides with the appearance of rules that allow longer field life via asset “recertification”, a business stream shared by IMR vessel operators and EPCI experts.

Then there are the operators: in Norway, a local news report at press time noted that Equinor has, in just three years, secured more than 130 years of “extended field life” via rules-based recertification and life extension measures.

A decade ago, Island Offshore and Oceaneering collaborated to give Equinor inspection services that got everyone through the credit crunch post-2008. ROVs led the inspection work, mostly of rig moorings, and Island Offshore’s new light well vessels awaited the new type of business they were built for. Today, TechnipFMC owns a 51% stake in new Island Offshore subsidiary, Island Offshore Subsea, the entity now in control of its light well intervention fleet. As with Subsea 7, TechnipFMC can now offer a construction vessel and riserless light well intervention (RLWI) and regular IMR to go with its subsea umbilicals, risers and flowlines (SURF), EPCI and subsea production systems. “Our current track record delivering RLWI services together with Island Offshore has significantly increased production from more than 500 subsea wells,” said TechnipFMC’s president of subsea, Hallvard Hasselknippe at the time of the merger. Add to that the “thousands” of wells Island Offshore CEO, Haavard Ulstein, told this writer are in need of plug and abandonment work — after new rules on plug depths — and there’s a vast backlog of well intervention work that starts with IMR.

Today, Oceaneering is fresh from building and testing BP’s programmable AUVs that will survey and inspect pipelines, fixed structures, subsea installations and do oceanographic work. Equinor, too, has Oceaneering contracted for inspection work aimed at recertifying subsea structures useful for field extensions and made necessary by some of those new rules mentioned. The three years of asset integrity inspection work will see Oceaneering design an IMR program of corrective measures, nondestructive testing, video inspection, vibration measurement, thermography and heat exchanger inspection for 14 Norwegian facilities.

The recertification work extends field life while also paving the way for the remote piloting from shore of ROVs and AUVs. So, just as a field’s production tapers off and earnings are less, manning and travel costs can drop concurrently without a corresponding drop in safety: “One of our customers said it costs 17-times as much to have one of our employees working offshore as it does to have them working onshore,” Oceaneering CEO, Rod Larson, said at a recent conference. 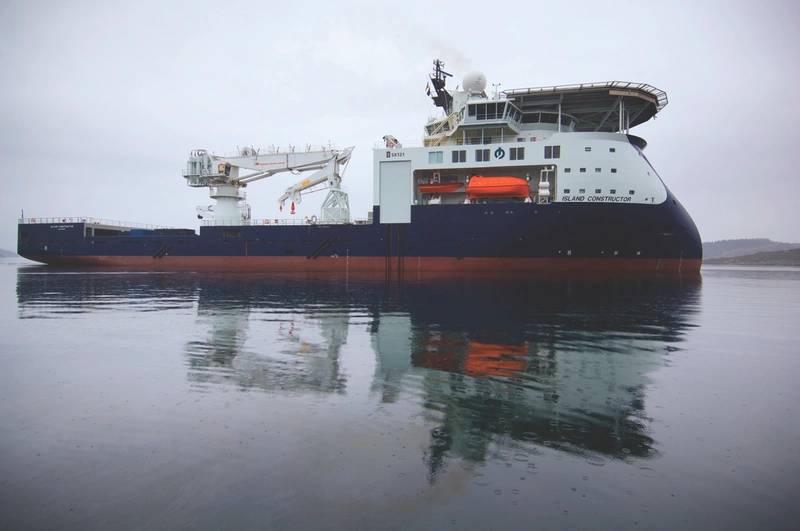 Life extension wave
Mostly, however, asset integrity via inspection is increasingly about extending field life past design life spans, something the new rules are being used for and the chief reason there is a surge in orders for this type of work.

A good, win-win example of this is Oceaneering’s February 2019 award form Total to develop integrity management programs that de-risk via inspection the Tyra redevelopment project offshore Denmark. The 30-year-old installation will see a new lease on life for having “all its pressure systems and piping, topsides and jacket structures as well as pipelines” inspected and monitored under a regime managed from Aberdeen by Oceaneering’s corrosion, inspection, structural and pipeline engineers.” In the recent past, ROV video alone would not have been the path to longer field life. To do that, you need new, comprehensive standards, recommended practices and rules that say, “This is the way to extend field life based on risk-analysis.”

“[Tyra] is defining the way in which integrity management is delivered, and our full suite of services will help to accomplish Total’s goal of enabling remote operations of the future platform,” Bill Boyle, Oceaneering’s senior vice-president for asset integrity stated in February. And Tyra is uniquely important to a stalled Danish offshore sector, as it processes 90% of Denmark’s gas production. Redevelopment and Oceaneering’s inspection work will help secure production at the field for the next 25 years. Its newly recertified infrastructure “will enable operators to pursue new gas projects in the northern part of the Danish North Sea”.

Oceaneering, BP and Equinor aren’t alone in getting AUVs to cover both the asset — and environmental — integrity sides of inspection. Among others, Eni has combined on a cost-effective Clean Sea “drone” for deep water which is understood to do pipeline inspection, water sampling and visual inspection of subsea protection systems, jackets and cathodes. Others like Swire Subsea have invested in the capable payloads of Kongsberg Maritime’s Hugin AUVs.

The busy Norwegian CEO of CCB Subsea, Nils Frederik Fjaervik, can’t talk to us when we call, but he confirms his coastal base, with the support of Danish NorSea Group, now offers recertification IMR work while serving as a base for rigs and taking on decommissioned structures from offshore. Supply chain manager NorSea is also understood to be marshaling interests and competence in Canada for a “one-stop shop” base like CCB Subsea.

Meanwhile, in Canada, parent company, NorSea, appears to see the big picture offered by onshore maintenance and recertification of subsea assets. In a statement, Bruce Dyke, President of Integrated Logistics, comments, “The establishment of a Canadian Supply Base Company is a positive step towards developing the life-of-field support (including subsea services) the industry needs for continued development and growth in the offshore oil and gas sector.”

The new strictures on IMR, it seems, are giving many a new lease on life.