The ongoing political turmoil in Algeria threatens to delay even further the planned offshore oil and gas exploration projects that the country is betting on to reverse the declining oil and gas output especially from maturing onshore fields.

But on the other hand, the deepening political crisis provides the Algerian authorities a rare opportunity to carry out major reforms in the country's hydrocarbons sector including the restructuring of national oil and gas agency Sonatrach, which has been associated with high level corruption and lack of accountability.

The raging political chaos, which have boosted Algeria's record of being a high political risk destination and intensified fears of uncertainty for oil and gas investors, were triggered by immediate former President Abdel Aziz Bouteflika's controversial decision to run for a fifth term before he pulled out and resigned as the country's president.

The ongoing political uncertainty may have thrown the spanner into the works for many planned oil and gas production projects at a time when Algeria exploring options on how to increase gas output by 19% by the end of this year.

Since 2006, Algeria has recorded an increasing number of maturing fields, which call for investment either in modern extraction technology to keep the producing wells go on for a longer time or opening up of new producing areas especially the country's offshore to the east coast.

One of the anticipated investments that could be jeopardized by Algeria's political uncertainty is the exploration of the country's deep waters under an agreement between Sonatrach and French major Total SA on one hand and the Algerian State oil company with a JV of Total and Italian oil giant Eni on the other for the assessment of the existing offshore hydrocarbon potential.

According to Eni, the partnership with Sonatrach and Total will have an opportunity “to explore the deep waters of the Algerian offshore, a virtually unexplored geological province.” The Italian firm said it has capacity to contribute to the partnership's project by “leveraging its experience in the eastern Mediterranean and its inventory of advanced exploration technology.”

Probably the project will have to wait a little longer for the political dust raised by the historic mass protests to forced Bouteflika out of office to settle before implementation timelines are confirmed although Algeria is notorious delayed oil and gas projects.

Delays have been blamed on government's tendency to take long to approve oil and gas projects. This has contributed to Algeria's falling oil and gas production levels that has also been attributed to reluctance by investment partners to take up exploration and production opportunities in the North Africa country, huge infrastructure gaps and inadequate technical capacity for the demanding exploration, drilling and production processes.

Evidence of the difficulties Algeria's has in attracting new investments in its hydrocarbons sector emerged in 2014 when the country achieved dismal results from the oil and gas blocks auction where a mere four blocks were awarded of the 31 that were on offer. Bouteflika's government had to call off the planned 2015 auction to avoid a repeat of the previous poor performance.

However, Algeria has recently enlisted expertise in managing existing and planned oil and gas projects especially after signing a five-year agreement with Australian-listed engineering firm WorleyParsons to help the North Africa country, through a partnership with Sonatrach, to develop its oil and gas production capacity until 2024.

For Sonatrach, which is Algeria’s largest company with an estimated 85% ownership of the country's total production, it is probably time it was restructured to make it more competitive in an environment that also allows other oil and gas companies to compete on fair playing field more like it happened to Angola's national oil and gas company, Sonangol. In the reforms announced by Angola's new President João Manuel Gonçalves Lourenço, Sonangol was stripped the right to create and manage the country's oil and gas concessions and the responsibility handed over to the new National Oil and Gas Agency.

Analysts observed the move helped to re-align Angola's oil and gas industry opening up the country for a more transparent hydrocarbons sector that has not only attracted more new investments, a missing element in Algeria's case, but raised hopes of more crude oil and natural gas production in the short and medium term.

The move by the government to ban Sonatrach's chief executive officer, a close ally of Bouteflika from traveling outside the country, and emerging reports of major international oil companies putting on the ice some of their earlier investment plans should motivate Algerian government to seize this moment and carry out changes to the country's oil and gas sector to address corruption, review fiscal policies and create confidence in potential exploration and production companies with capacity to go into Algeria's deep waters for additional oil and gas. 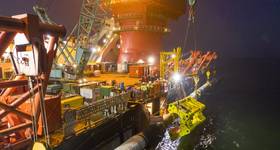 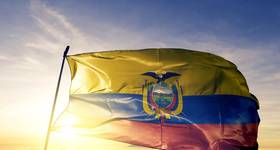