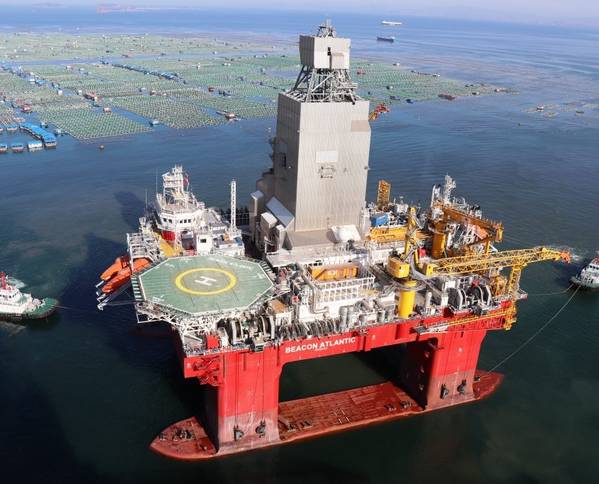 The Norwegian-headquartered company, which will mobilize the two sixth generation semisubmersibles for drilling operations on the Norwegian continental shelf this year, said it will add operational, engineering and administrative staff to support the growing North Sea activities.

The newly built Deepsea Nordkapp, handed over on January 7, is presently in transit from Samsung in Korea to the North Sea and is expected to arrive at CCB, Ågotnes around April 8 for three weeks of  additional upgrades prior to starting on a two- plus two-year contract for Aker BP in the second quarter of 2019.

On March 19, the driller entered a management agreement with CIMC Raffles for another newbuild, Beacon Atlantic, which is completing final commissioning and sea trials in Yantai, China. The rig is planned to leave the yard in early June for a three month journey to Norway, ahead of a six- plus 10-well drilling program for Neptune Energy due to commence in the fourth quarter of 2019.

Deepsea Nordkapp, a Moss enhanced CS 60E design dynamically positioned (DP), winterized semisubmersible, is developed for operations in ultra-deep water (up to 2,000 meters on DP and 950 meters in moored position) and harsh environment with requirement for dual activity and high capacity drilling systems. It is equipped with a Dual Active Heave DW.

Beacon Atlantic is optimized for the midwater segment and will be able to operate at water depth up to 500 meters and drill wells down to 8,500 meters, though it may be upgraded to operate in water depths up to 1,200 meters if required. It is equipped with NOV drilling package, DP3 and eight-point mooring system. The rig is designed to operate in the harsh North Sea environment and is winterized for other challenging regions such as the Arctic and the Barents Sea. The unit is further designed for efficient operations with offline capability and active heave compensation system.