The global energy company with upstream oil and gas operations had hired the semi-submersible rig for work west of Shetland, said a press release.

The contract has a duration of 60 days firm and options. It is expected to start in June.

The rig will drill a well on the Howick prospect, which is located west of Shetland in block 206/21.

"Drilling is scheduled to commence in Q2 2019. Island Drilling Management will be responsible for the operation of the Island Innovator," said the release.

"Island Drilling Company AS is grateful that the Island Innovator has been chosen for this scope," it added.

CNOOC Petroleum Europe Limited is the operator of Howick, holding a 100% interest. 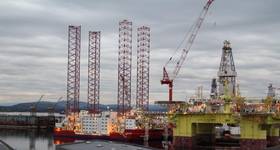