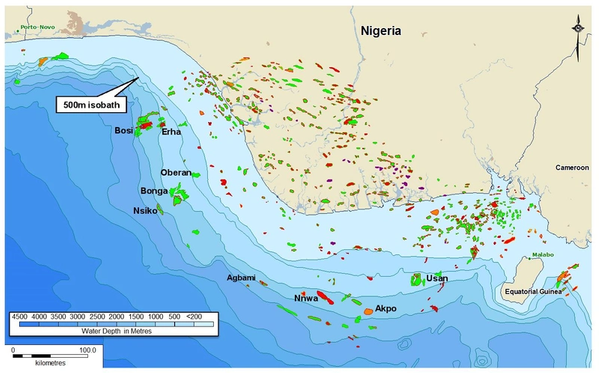 The planned restructuring of Nigeria National Petroleum Corporation (NNPC) joint operating agreements with multinational oil companies could help not only in raising substantial financial gains to support the country's national budget but also create an opening for more international oil companies to invest in shares that would be surrendered by the national oil agency.

Although the driving force behind the planned reduction of NNPC share in joint ventures to 40% is to raise additional financing to support President Buhari's $24.4 billion national budget for 2019/2020, it could also mean NNPC's multinational partners would either increase their share in the joint venture with possibilities emerging of more international oil companies entering Nigeria's lucrative offshore space.

Nigeria's Budget Minister Udoma Udo Udoma told the media this week the government has approved “immediate commencement for the restructuring of the joint ventures oil assets to reduce government shareholding to 40%.”

This is the second time Nigeria is attempting to carry out the restructuring of its equity in joint venture oil assets after a similar attempt in 2017 intended to raise $2.3 billion to support government budget fell through.

Major joint ventures in Nigeria's offshore oil fields include Chevron Nigeria Ltd in which NNPC holds 60% while Chevron owns 40%. Under the proposed restructuring there is likely to be 20% shareholding that is up for grabs in this joint venture, which at one time was the second leading oil producer in Nigeria with oil fields located in the Warri region west of the Niger River and offshore shallow water.

Mobil Producing Nigeria Unlimited is the other joint venture that could be restructured under the government proposal. NNPC holds 60% share in the venture leaving Mobil with the remaining 40%. The venture operates in shallow water off Akwa Ibom State in Southeastern delta with an estimated production of more than 600,000 bpd.

NNPC has also partnered with Elf in both on and offshore fields with the national oil company holding 60% and Elf owning the remaining 40%.

However, both Udoma and NNPC have yet to provide specific guidelines on how the joint ventures will be restructured and what happens to existing modalities for running the joint operations.

Under the existing joint operating agreements, NNPC reserves the right to become an operator, a clause that is likely to be amended should the restructuring of the joint ventures come to pass.

Furthermore, NNPC and its joint venture partners share the cost of operations and any one of them can lift and separately dispose of its interest share of production subject to the payment of petroleum partner tax and royalty.

The proposal to cut NNPC stake in joint oil ventures with international oil companies comes at at time when Nigeria is keen on attracting additional investment particularly in its deep and ultra deep water resources.

NNPC Managing Director Maikanti Baru previously said there is an estimated 10 billion barrels of deep-water resources in Nigeria that is yet to attract investors. He said to date Nigeria's offshore discoveries and investment has been limited to between 1000m and 1500m of water depth yet there are several new frontiers for exploration.

“Beyond these water depths, the new frontiers of ultra-deep water need to be tested. And that is where we need investors,” Baru said last month.

However, the drive to attract investment into Nigeria's deep water resources has been slowed down by the delayed passage of Petroleum Industry Bill (PIB), first drafted in 2008 and which is expected to provide fiscal clarity for international petroleum sector investors. Potential investors are yet to get assurances on issues surrounding taxation and royalties and which are expected to be clarified by the delayed PIB.

Nigeria has an estimated 20 planned oil and gas projects between 2018 and 2025 valued at $48.04 billion, an equivalent of 24.8% of total expenditure anticipated in Africa for the period according to Baru. For example, French major Total is pursuing the Egina oil field project, 130 kilometers off the coast of Nigeria at water depths of more than 1,500 meters, making it one of the most ambitious undertaking in ultra-deep offshore in the West Africa country.

Total says the project is “primarily developed locally to accelerate the pace of Nigeria’s industrial fabric and the transfer of technology, the project will produce 200,000 barrels of oil per day, which is close to 10% of the country’s total oil production.”

Nigeria is known for making many policy pronouncements which end up gathering dust in government shelves. Whether the renewed call for restructuring of NNPC joint venture in oil assets is implemented fully only time will tell.