US Lease Sale a Test for Drilling Demand 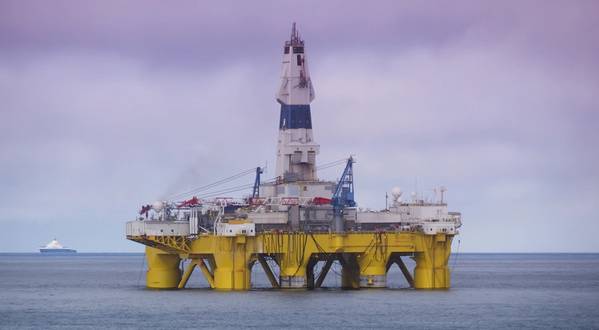 The Trump administration will hold its fourth major auction for oil and gas leases in the U.S. Gulf of Mexico on Wednesday, in a fresh test of demand from drillers that have lately been shying away from the region.

The outcome of the lease sale will provide the last big signal from the industry about their interest in U.S. waters before President Donald Trump's Interior Department releases a long-awaited proposal to expand offshore drilling, possibly to new areas of the Atlantic, Pacific and Arctic.

Wednesday's sale will include all available unleased areas in federal waters of the Gulf of Mexico, or about 78 million acres (31.5 million hectares) off the coasts of Texas, Louisiana, Mississippi, Alabama and Florida.

It is the fourth sale of its size in the agency’s 2017-2022 program, a crucial part of the Trump administration's "energy dominance" agenda to open up more federal land and waters to energy exploration.

Gulf of Mexico lease sales held under the Obama administration included far less acreage, but typically yielded more interest and revenue - a difference that can be explained by a decline in oil prices and a recent boom in easier-to-extract reserves onshore.

In the last three sales, for example, 1 percent or less of the acreage offered received bids, compared to 1.6 to 4.3 percent for the last three Central Gulf lease sales under Obama. Combined, the three most recent sales also generated nearly $424 million in high bids, less than half what individual sales in the Central Gulf brought in 2013 and 2014 when oil prices averaged close to $100 a barrel.

But most of the recent U.S. boom in oil production has been focused onshore, where it is cheaper to drill than in deepwater.

The Department of Interior last year proposed opening up nearly all remaining U.S. offshore waters to drilling, including in the Atlantic, Pacific and the Arctic - despite opposition from nearly every coastal state affected and little evidence of interest from the oil industry.

After taking feedback, the department is expected to release its final proposal on its drilling plan in the coming weeks.