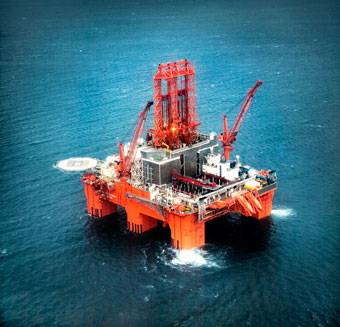 An investigation into the November 2018 fire aboard the mobile drilling facility West Phoenix has uncovered the cause of the incident as well as several regulation breaches, the Petroleum Safety Authority Norway (PSA) said on Monday.

The fire broke out November 5 in connection with testing drilling fluid (mud) in a retort in the lab while the Seadrill operated rig was drilling well 6406/2-9 S in Norwegian Sea with Equinor as the operator.

None of the 117 people on board were injured, and the incident caused material damage and a five-day halt to drilling.

The site showed that the fire began in the fume cabinet where the retort (an electrical apparatus used to measure and monitor the quantities of water, oil and solids in drilling fluid) was placed.

The retort is normally used several times a day to check the density and content of solids and water in the fluid while drilling is underway.

The fire team was in place at 14.59, using first powder and then water. Entry into the room was prevented by the high temperature, and the fire was therefore fought through the doorway. The fire was confirmed as extinguished at 15.10.

The retort and the extension power cord used in the cabinet were taken ashore by the police for more detailed technical examination.

Investigations by the National Criminal Investigation Service concluded that the fire was probably caused by serial arcing in the extension cord used. This arcing developed a high temperature and thereby ignited flammable material in the vicinity. The arcing has occurred in all likelihood as a result of insulation failure following mechanical damage.

Chemicals used for mud testing were stored in the fume cabinet. Design drawings indicate that this cabinet should be made of stainless steel, but the fire damage shows that it was clad internally with flammable sheets. The chemicals and the flammable sheets inside the cabinet contributed to the rapid escalation of the fire.

PSA said its investigation has identified several breaches of the regulations and conditions with a potential for improvement.

Three nonconformities have been registered, related to the following conditions: use of extension cords with a 16A overcurrent protected device, retort and fume cabinet design.

Four improvement points have been registered, related to the following conditions: portable third-party equipment taken on board, checking of extension cords, storage of flammable materials in the mud laboratory and maintenance of retorts.

At an early stage in the PSA’s investigation, information from the police on the findings of the forensic examination showed that a break in the extension cord was the probable cause of the fire. This was communicated to the companies, so that they could take the necessary action.

The mud lab was not regarded as an area with a high probability for a fire, and the walls met fire class A0. Had the fire not been quickly extinguished, it would probably have spread because flammable materials were stored and used in the room.

Fire damage to cables passing through the mud lab and/or the fire spreading to the adjacent cement operator station would have meant a longer halt to drilling and substantially greater material damage. Spreading of the fire could also have distributed smoke to large areas of the facility.

PSA said Seadrill has been given until March 29, 2019 to explain how the nonconformities will be dealt with and to provide its assessment of the improvement points.