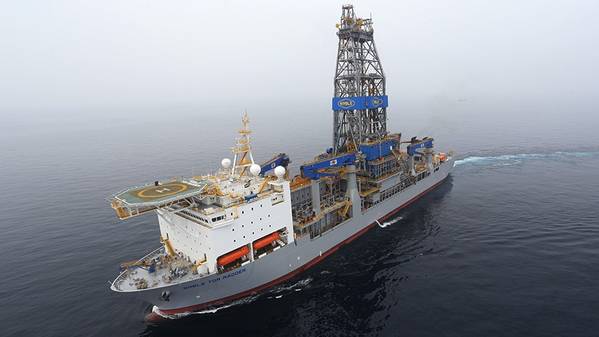 ExxonMobil and its partners have made two additional discoveries offshore Guyana at the Tilapia-1 and Haimara-1 wells, bringing the total number of discoveries on the Stabroek Block to 12, the U.S. supermajor announced Wednesday. The discoveries build on the previously announced estimated recoverable resource of more than 5 billion oil-equivalent barrels on the Stabroek block.

Tilapia-1 is the fourth discovery in the Turbot area that includes the Turbot, Longtail and Pluma discoveries. Tilapia-1 encountered approximately 305 feet (93 meters) of high-quality oil-bearing sandstone reservoir and was drilled to a depth of 18,786 feet (5,726 meters) in 5,850 feet (1,783 meters) of water. The well is located approximately 3.4 miles (5.5 kilometers) west of the Longtail-1 well.

The Noble Tom Madden drillship began drilling the well on January 7 and will next drill the Yellowtail-1 well, approximately 10 kilometers west of Tilapia-1 in the Turbot area. Baseline 4-D seismic data acquisition is underway.

“We see a lot of development potential in the Turbot area and continue to prioritize exploration of high-potential prospects here,” said Steve Greenlee, president of ExxonMobil Exploration Company. “We expect this area to progress to a major development hub providing substantial value to Guyana, our partners and ExxonMobil.”

The other discovery was at the Haimara-1 well, which encountered approximately 207 feet (63 meters) of high-quality, gas-condensate bearing sandstone reservoir. The well was drilled to a depth of 18,289 feet (5,575 meters) in 4,590 feet (1,399 meters) of water. It is located approximately 19 miles (31 kilometers) east of the Pluma-1 discovery and is a potential new area for development. The Stena Carron drillship began drilling the well on Jan. 3 and will next return to the Longtail discovery to complete a well test.

There is potential for at least five floating, production storage and offloading vessels (FPSO) on the Stabroek Block producing more than 750,000 barrels of oil per day by 2025. The Liza Phase 1 development is progressing on schedule and is expected to begin producing up to 120,000 barrels of oil per day in early 2020, utilizing the Liza Destiny FPSO.

Liza Phase 2 is expected to startup by mid-2022. Pending government and regulatory approvals, sanctioning is expected in the first quarter of 2019 for the project, which will use a second FPSO designed to produce up to 220,000 barrels per day. Sanctioning of a third development, Payara, is also expected in 2019, and startup is expected as early as 2023.