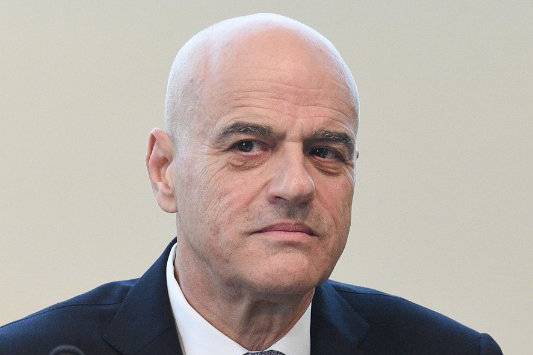 In less than 12 months Eni CEO Claudio Descalzi has turned the Middle East from a sideshow to a strategic hub for the Italian energy major. And the shift is not over.

Since last March the 63-year-old has clinched nine deals in the United Arab Emirates, gained a toehold in Bahrain and expanded in Oman to reshape the group's future.

In the latest deal on Sunday, Eni pledged $3.3 billion to buy part of the world's fourth-biggest refinery in the UAE, increasing its own refining capacity overnight by more than a third.

But the buying spree is not over and the company is looking to further bolster its presence in the Gulf region, according to three banking and industry sources with knowledge of the matter.

The company is looking to buy more assets in the UAE, as well as entering Qatar, the sources said, without giving further details.

"Descalzi was in the UAE 20-odd times last year to personally build relationships to secure the deals," said a separate industry source. "And there's more on the way."

The Gulf drive is part of Descalzi's plans to cut Eni's traditional reliance on Africa, which accounts for more than half its production, while gaining more exposure to refining assets in an oil-rich region closer to Asian markets.

In recent years, weakness in the company's downstream businesses like refining and chemicals have dragged on profits and placed more of a premium on securing success in exploration.

Its heavy presence in Africa, with the risk associated with working in places like Libya and Nigeria, has also weighed on share price performance.

A banking source with knowledge of the matter said Eni was targeting the Gulf area of the Middle East because it did not have the political and security risks of countries like Iraq.

Prize assets
The Gulf region has in recent years attracted the world's top oil companies seeking stakes in big and easy-to-develop oil and gas fields at a time of uncertainty over oil prices.

Long-term contracts in the region also guarantee stable revenues even if the returns are lower than other, riskier fields.

But while majors like BP, Total, Shell and Exxon have had a strong presence in the Gulf for decades, Eni has not.

The Italian firm's strategy of selling down assets like its prize Zohr gas field in Egypt has been key to its recent expansion in the region.

Last March Eni traded a stake in Zohr with Emirates fund Mubadala to get its first foothold in the country, since when it has clinched a flurry of more deals with UAE oil giant ADNOC.

"Zohr was used as a way in. Since then the group has ramped up operations lightning fast in an area that has some of the world's biggest resources and that's on the doorstep of Asia," said Mediobanca oil analyst Alessandro Pozzi.

In Qatar, Eni can count on good relations with the state petroleum firm which recently bought Mexican oil blocks from the Italian company.

A decade ago Eni was struggling to replace reserves and lost credibility over its management of the huge Kashagan oilfield in Kazakhstan.

But giant gas discoveries in Mozambique and Egypt have since given it the strongest discovery record in the industry, boosting its credentials with oil-producing nations.

In 2017 ADNOC presented its 2030 strategy plan to open up its energy markets to foreign operators and attract the skills needed to develop the exploration and production, refining and petrochemical industries.

"When you are a country thinking, who can find the stuff, you look to Eni with its track record," said a source familiar with Eni management.