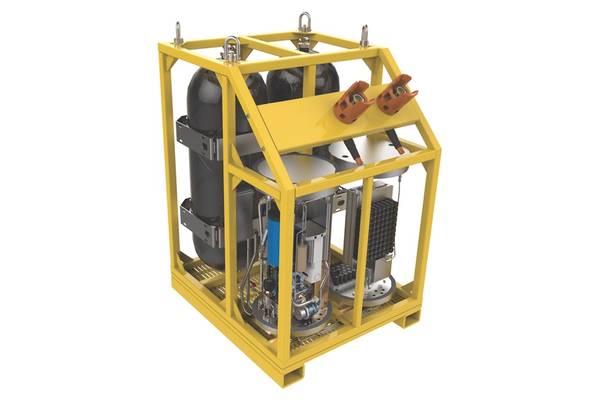 U.S. based tech conglomerate Teledyne has long supplied fuel cell technologies for NASA and other customers for space and terrestrial applications. Now its Teledyne Energy Systems, Inc. (TESI) arm is looking to take the technology to new depths as a source of untethered power for applications below the ocean’s surface.

“In everything that we’ve seen from doing our market study and research, there is a gap in providing untethered power for various [subsea] applications,” according to Mitch Icard, TESI’s Vice President and General Manager, who said TESI’s Subsea Power Node has been engineered to provide persistent power for underwater vehicles and subsea oilfields.

Icard said the initial plan was to use fuel cells to power underwater vehicles directly, but “we determined that there is too many configurations and it probably be a tough price point”. He explained, “Given that most of the vehicles are powered by lithium ion batteries, we felt that it would be a much better solution to put energy subsea and recharge those assets on location.”

The Subsea Power Node uses Teledyne’s proton exchange membrane (PEM) fuel cell technology, which provides more than 10,000 hours of life, according to the developer. The stack design is specifically tailored for operation with pure oxygen. The fuel cell system features an integrated balance-of-plant (BoP), which allows the fuel cell stack to be fed reactants in a “dead-ended” configuration maximizing energy delivery, as well as ejector driven reactant (EDR) technology for reactant recirculation.

“The engine, or fuel cell, was something that we had developed for space flight to go in the upper stage for the space launch system,” Icard said. “We had converted that technology to operate in a similar environment from deep space to deep water.”

“Everything except the fuel cell engine is all commercial off-the-shelf parts,” Icard said, noting that the steel head tanks, electronics package, Teledyne ODI wet mate connectors, Teledyne Benthos modem are all commercially available. “All of these things have had sea trials. What we’re providing is a systems integration package that we think solves a really pressing problem.” 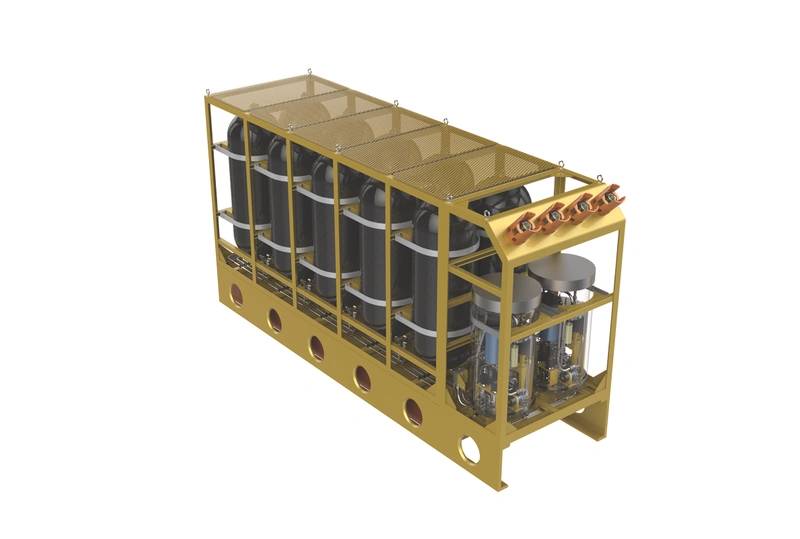