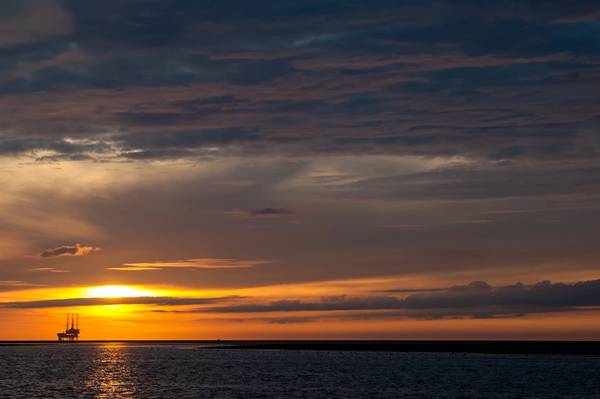 Hedge fund Canyon Capital Advisors has warned it would vote against the $2.38 billion sale of offshore driller Rowan Companies Plc to rival Ensco Plc, casting doubt on a combination that had signaled optimism about the future of offshore exploration.

U.S. crude oil prices have plunged by more than 30 percent since the deal was announced in early October, making offshore assets less attractive. At the time, oil was trading around $75 a barrel, a level that helps ensure profitability of expensive deep-water drilling projects.

Canyon holds a 6.3 percent stake in Houston-based Rowan, valued at more than $80 million, making it one of Rowan's largest shareholders.

Shares of Rowan were up 7.8 percent at $10.24 in mid-day trading, while shares of Ensco were up 7 percent at $4.48. Rowan's shares have fallen by roughly 50 percent since the deal was announced.

In a Jan. 4 letter to Rowan's board that was released on Monday, Canyon outlined several reasons for opposing the merger, including Ensco's high debt and its older fleet of drill-ships that are geared toward deep-water projects. The hedge fund also said the deal undervalued Rowan and that the merger was the result of a "flawed sales process."

"Not only was the proposed transaction unfavorable to Rowan at the time the deal was struck, but subsequent market developments - including the significant fall in Brent crude prices amid global economic and geopolitical uncertainty - have made it even less favorable in our opinion," Canyon wrote in the letter.

Ensco holds more than $5 billion in long-term debt, twice as much as Rowan, with nearer-term maturities and less available cash, adding risk to Rowan shareholders, Canyon said in its letter.

Rowan said the combination would create a "uniquely positioned offshore drilling company with capabilities across all water depths."

"We are confident that this transaction is the best way to maximize value for all Rowan shareholders," a company spokesman added.

Ensco did not immediately respond to requests for comment.