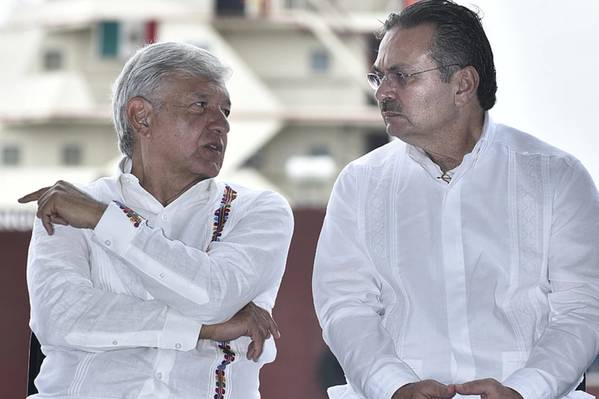 Mexican state-run oil giant Petroleos Mexicanos will focus on existing shallow water assets and refining next year at the expense of riskier, deepwater projects under a new government that has vowed to turn around the ailing company.

The 2019 budget blueprint presented on Saturday by officials of leftist President Andres Manuel Lopez Obrador calls for some $23 billion (465 billion pesos) in discretionary spending for the company known as Pemex, up about 14 percent from this year.

Almost half the Pemex budget is earmarked for exploration and production, mostly in shallow water and some onshore areas.

Setting out his plans on Saturday, Pemex Chief Executive Octavio Romero said two previous governments had little to show for putting 41 percent of exploration funding into deep waters: "At best we'd have the first drop of oil by 2025," he said.

Mexican crude output has fallen for 14 straight years. Pemex aims to increase production by almost 50 percent by the end of the six-year term of Lopez Obrador, who wants to reduce Mexico's dependence on imported fuels.

To that end, the budget projects Pemex spending almost $2.5 billion on an oil refinery Lopez Obrador is building at the southern Gulf coast port of Dos Bocas. The facility aims to be able to process 340,000 barrels per day (bpd) of heavy crude.

"Pemex's E&P unit and refining will total 98 percent of all capital expenditures. All other subsidiaries will get scraps," said Gonzalo Monroy, a Mexico City-based oil analyst.

Another $245 million in funding is planned for upgrades to Pemex's six existing domestic refineries.

The plan cuts funding for units focused on fertilizers, ethylene, drilling services and its corporate offices.

The budget also provides for about $6.2 billion in so-called non-discretionary spending to cover costs like debt servicing. Pemex has financial debts of some $106 billion, among other hefty obligations, fueling concern over its credit rating.

Pemex is government-owned and the senior management is hand-picked by the president, including the chief executive and the chairman of the board, who is also the energy minister.

Lopez Obrador firmly opposed the 2013 constitutional overhaul championed by his predecessor, who ended Pemex's decades-long monopoly and allowed foreign and private producers to bid on developing oil and gas projects for the first time.

The shakeup also allowed Pemex to form joint ventures, a common practice in the industry aimed at sharing risks and rewards that Lopez Obrador has yet to embrace - or reject.

Mexico's oil regulator later said auctions due at the same time for the right to partner with Pemex on seven onshore contracts had been postponed until next October.

In the past three years, Pemex has inked three joint ventures, including one with Australia's BHP Billiton for the deepwater Trion project.

While Pemex cedes control on these projects, it attracts significant investment from partners without having to pledge much of its own funding during the initial phase.

"If Pemex has to do it all by itself with this level of funding, it won't be enough," he said.