Well control operations at Apache's Main Pass 295 in the Gulf of Mexico concluded on 28 February 2013, the company announced.

Apache reported that the bottom of the well has been plugged and cemented, stopping the migration of natural gas to another sand formation. The company said it is evaluating its future plans for the well.

On 5 February, Apache evacuated 15 workers after experiencing a kick from an abnormally pressured gas zone during drilling operations. The incident occured while the Ensco 87 rig was operating in 218ft of water.

Apache said diagnostic procedures indicated an underground migration from the bottom of the well (8,261 ft) to another sand formation at 1,100 ft. Apache had called in Boots and Coots to kill the well.

Apache had planned to move Rowan's Cecil Provine drilling rig to the location, 50 miles east of Venice, Louisiana, in the event that a relief well was necessary.

No injuries occurred as a result of the incident, Apache said. 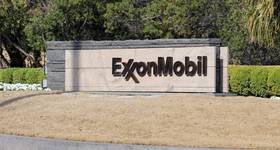