Having spent over 13 years with the Acteon Group, Simon was a director of 2H Offshore Engineering where he worked on wide range of high profile oilfield development projects including Kizomba A & B, Shah Deniz, P-55 and Akpo.

In 2010 he was appointed Managing Director of SRP where he managed the supply of a number of novel high pressure drilling risers.

A civil engineer by training, Simon brings a wealth of oil and gas knowledge and expertise to Magma both in his technical expertise and in leading an engineering team. 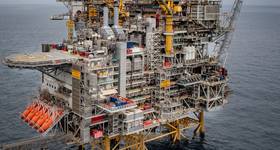