Steinsland will report to interim CEO Jens A. Wilhelmsen and work alongside CFO Geir Karlsen to strengthen the company's financial control and reporting structures.

"As we have been quite open about, Songa is presently pursuing several different options for financing of our new Category D rigs, currently under construction by DSME in South Korea," said chairman and interim CEO, Jens A Wilhelmsen.

"Such work requires competent and time consuming efforts from our financial management. At the same time, we need to strengthen financial control and improve our reporting structures. Through the appointment of Jan Rune Steinsland, we will significantly strengthen our financial team whilst freeing up time and capacity for Geir Karlsen to focus on the funding side of the company"

Mr Steinsland will be based in Limassol at the company's corporate headquarter and take up his position on the 20th May 2013.

Jan Rune Steinsland has significant international industry experience and a strong track record from executive positions. From 2006, he has held the position as CFO at Ocean Rig, in period of great expansion and development, including an IPO and listing on NASDAQ.

Prior to that, he was CFO at Acta Holding ASA, a position he held for six years. From 1988 to 2000, Jan Rune Steinsland had several management positions at ExxonMobil, including Financial Analyst, Financial Reporting Manager, Vice President Accounting and Audit Advisor. 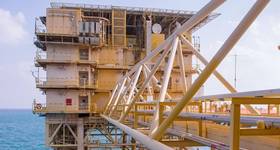