African independent oil and gas company Taleveras has agreed to farmout a 65% stake on its Block CI-504 off the Ivory Coast to a subsidiary of Russia's Lukoil.

Block CI-504 is close to the producing Baobab field, covering 399 sq km in 800-2100m deep water. Taleveras will retain 25% and operatorship will transfer to Lukoil.

Petroci, the national oil company of the Ivory Coast, holds the remaining 10% interest in CI-504, which to the south borders block CI-205, operated by Lukoil.

Planned work on CI-504 includes interpretation of historical 2D and 3D seismic data, as well as additional 3D seismic acquisition before January 2014, then two exploration wells in the five years after that.

Taleveras signed a memorandum of understanding with Petroci for collaboration in upstream activities on the Ivory Coast in July 2011.

Since then it has signed production sharing contracts with Petroci for three exploration blocks off the Ivory Coast. 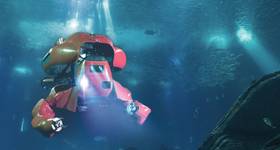