The project was to assist with the repair and maintenance of a semisubmersible drilling rig in the Mediterranean, where dry docking facilities were limited.

The Noble Paul Romano drilling rig was loaded onto the Dockwise Vanguard, allowing inspection and repairs to be made in areas of the rig otherwise below the waterline.

Boskalis subsidiary SMIT also assisted in the project, providing underwater inspection and temporary repairs prior to loading the vessel onto the Dockwise Vanguard.

Boskalis said the use of the Dockwise Vanguard for dry docking showed the versatility of the vessel. It was initially positioned for the heavy marine transport of large integrated structures and recently transported a floating production, storage and offloading unit (FPSO). 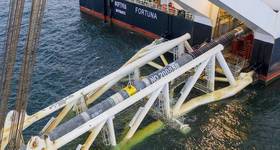 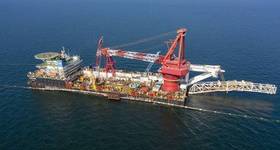 Sanctions on Nord Stream 2 Could Harm Relations with...