Cairn Energy PLC is operator of the JV, through its subsidiary Capricorn Senegal Ltd., with 40% interest, on behalf of partners ConocoPhillips (35%), FAR Ltd. (15%), and the Government of Senegal (Petrosen, 10%).

The well will test a stacked fan structure (North Fan prospect) with the potential to contain approximately 900 million bbl of oil (MMbbl), according to FAR Ltd.

FAN-1 is the first of two exploration wells that will be drilled back-to-back. The FAN-1 well is in 1500m water depth. This well will be immediately followed by a second well, SNE-1, targeting a shelf edge prospect in 1100m of water.

Far Ltd. says the FAN-1 well is a pure exploration well and, even if successful, will not be completed as a commercial production well. In the event of a success, the JV may decide to conduct further drilling and evaluation activities. 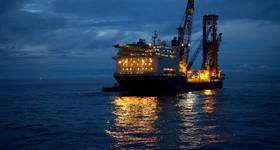