CNPC bought a 20% stake of the Yamal LNG project in September 2013. The transaction closed in January 2014.

Contracts were signed 20 May. The price of the LNG will be determined according to the Japan Customs-cleared Crude index, an average price of customs-cleared crude imports into Japan published monthly by the Japanese Government.

On the same day, Yamal LNG also announced the signing of a memorandum on project financing with China Development Bank Corporation, Vnesheconombank (VEB), Gazprombank. VEB and Gazprombank also “confirmed their intent to participate in the financing,” Yamal LNG said.

This is Yamal LNG’s second long-term deal with CNPC. In October 2013, Novatek, which is Russia’s largest independent gas producer, signed a heads of agreement with CNPC to supply no less than 3mtpa for 15 years with a possible extension. Both deals were designated as delivered ex-ship.

Outside of CNPC, Yamal LNG signed a 2.5mtpa deal with Spain’s Gas Natural Fenosa for an unspecified period of time in 2013.

With the first LNG train set to launch commercially in 2017, the Yamal LNG project consortium plans to develop the Yuzhno-Tambeyskoye gas field on the Yamal Peninsula in Russia. Novatek said that, as of December 2013, the field's reserves totaled 907Bcm of natural gas. It was announced earlier this month that France’s Technip was awarded the contract to construct the project’s 16.5mtpa capacity LNG facility. The construction of transport infrastructure, including a port and an airport located at Sabetta (northeast of the Yamal Peninsula), is also planned. 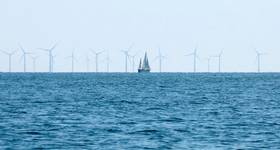