Resources in the Barents Sea could play a key role in maintaining Norwegian gas output in the 2020s and beyond, according to a Gassco report on new gas transport and processing facilities.

Planned exploration activity up to 2017 is expected to double the resource base in Norway’s Barents Sea sector, and the study shows that developing gas discoveries there could provide substantial value from a socioeconomic perspective. However, getting started on developing gas infrastructure from the region will be a demanding business. No single license is likely to be able to bear the necessary cost alone – either for new liquefaction capacity or for a pipeline solution.

Gassco concludes that feasibility studies must be launched as early as next year if new gas infrastructure is to be operational from 2022. The coming 12 months will be important for updating analyses based on discoveries and for looking at the organization of transport and processing facilities from the Barents Sea in order to underpin decision-taking by the players. 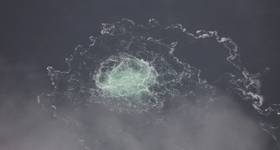