The US Coast Guard (USCG) reported that the Noble Discoverer drillship has left the Port of Everett, Washington, in the early morning hours of 30 June, and is now Arctic-bound. Thus bringing Shell closer to its Chukchi Sea drilling season.

Two tugboats and two USCG vessels escorted the Noble Discoverer out of the port to ensure that "kayaktivists" kept 500 yards away from the drillship.

Noble Discoverer was the last of three drilling and support vessels to depart Washington for the Arctic.

According to local news reports five activists were cited for violating the 500-yard safety zone around the Noble Discoverer. Violating the safety zone can lead to a notice of violation that includes a US$500 fine, according to the USCG.

In May, the US Bureau of Ocean Energy Management granted Shell conditional approval for its multi-year exploration plan in the Chukchi Sea. Shell’s plan proposed the drilling of up to six wells within the Burger prospect, located in approximately 140ft of water about 70mi northwest of the village of Wainwright. 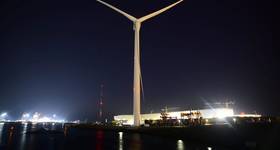