Iran’s historic nuclear deal with six world powers was approved by the country’s parliament today (13 October) with 64% in favor of the bill, clearing a hurdle for sanctions against Iran being lifted.

Out of 250 votes, the bill on the implementation of Joint Comprehensive Plan of Action (JCPOA) was approved by 161 votes, with 59 parliamentarians against, and 13 abstained, according to the Islamic Republic News Agency (IRNA).

If sanctions are lifted on Iran, western nations, including Britain, France, Germany, China, Russia, and the US, could re-enter Iranian territory for oil exploration and production. However, Western oil firms will still face regulatory and political challenges in Iran even if they are allowed to back in the country, commentators say.

Sanctions in the country have cut oil exports by more than half to about 1.1 MMb/d from a pre-2012 level of 2.5 MMb/d. The loss of oil income has made it difficult for the country to invest in new developments and pay for equipment and services needed to keep production operating smoothly.

Vice president and head of Atomic Energy Organization of Iran Ali Akbar Salehi said that within two months, the JCPOA will be fully implemented as planned, after final approval of Majlis and Guardians Council.

“European Union is to officially announce termination of economic sanctions but it will take effect after Iran successfully carries out its already assigned duties. The US president is to read a statement to declare termination and suspension of economic sanctions and this also will happen after fulfillment of Iran's commitments,” Salehi said, according to IRNA. “After implementation of JCPOA, grounds for expansion of economic and commercial cooperation as well as international interaction in scientific, technical and industrial fields with the world will be prepared.”

Yesterday, Hojjatoleslam MajidAnsari, vice president for parliamentary affairs said the JCPOA bill is well devised and that the National Security Commission will pave the path for its implementation and its details will for sure be ratified by parliament members tomorrow (13 October).

According to business consultancy Deloitte, although the JCPOA could possibly reshape the global oil market, foreign investments will return to the country in the 2020s.

Iran nuclear deal on the horizon 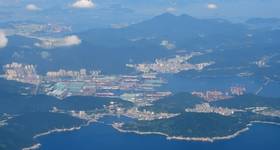