Wood Group has been awarded a main contractor framework agreement worth approximately US$400 million to deliver maintenance and modification services to four Statoil installations on the Norwegian continental shelf (NCS).

Wood Group Mustang Norway will provide this support for the Snorre A&B, Grane and Visund facilities over the term of the six year contract, with the option of a further four-year extension. The agreement is expected to create approximately 250 jobs.

In addition, Wood Group Mustang Norway has been awarded a competition agreement, which will enable the company to tender for individual projects for Statoil operated onshore and offshore installations in Norway. This agreement covers a period of 10 years that starts in the first quarter of 2016.

“The work secured will call for a considerable build-up of the offices in Bergen and Stavanger and we will undergo a recruitment campaign to enhance our key talent and bring the best expertise to the projects,” said Otto Søberg, president of Wood Group Mustang Norway.

Statoil inks US$2.7 billion of contracts 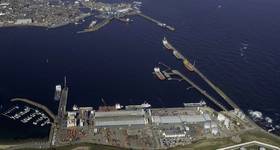