Fugro is teaming up with TGS to conduct the Otos survey in the Gulf of Mexico to pull together a complete picture of geological features, including hydrocarbon seeps.

In 750-4000m water depth, geoscientists will analyze seafloor bathymetry, its acoustic reflectivity, and shallow subsurface structures to identify hydrocarbon seep features on the seafloor and throughout the water column. Both vessels are equipped with hull-mounted MBES systems and the data collected will aid a subsequent geochemical coring campaign, says Fugro.

The final results of Otos will provide novel insight into the regional-scale distribution of hydrocarbon seeps throughout the entire deepwater area of the northern Gulf of Mexico. TGS will license the data to exploration and production companies to support development activities in this prolific region.

“With the acquisition of the Otos seep survey, Fugro will have mapped almost 1 million sq km of seep and geological features over the entire Gulf of Mexico,” says Fugro Exploration Geoscientist Garrett Mitchell.

Otos follows the successful completion of another TGS industry-funded Gigante survey in 2016, on the Mexican side of the 1500km wide Gulf of Mexico.

Gigante covered the vast offshore sector of Mexico, including world-class producing trends such as the Perdido Fold Belt and Campeche Bay, and line ties will be made into the US Gulf of Mexico regional grids previously acquired by TGS. 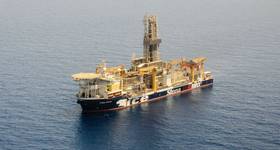