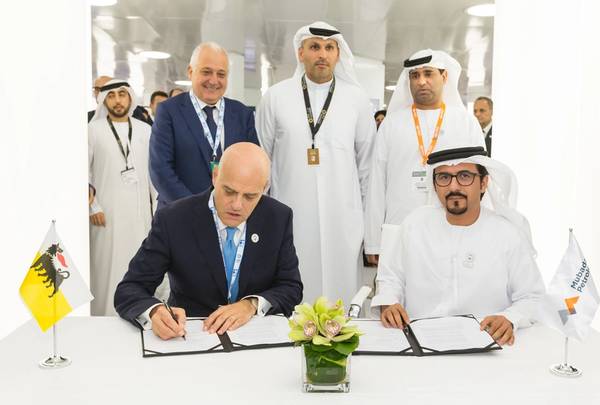 The Abu Dhabi-based international oil and gas company Mubadala Petroleum has scored a second win in its drive to entrench its upstream investments in Egypt after signing a sale agreement with Italian giant Eni for a 20 percent stake in the Nour North Sinai Offshore Area concession.

Eni holds an 85 percent stake in the block in partnership with Egypt’s first joint stock petroleum company, Tharwa, which owns a 15 percent stake.

Mubadala Petroleum, a wholly subsidiary of Mubadala Investment Company, had earlier in June made its debut in Egypt's upstream space when it acquired from Eni a 10 percent participating interest in Shorouk concession, which hosts the world class Zohr gas field that is thought to be the largest deposit in the Mediterranean Sea with natural gas reserves estimated at at 30 trillion cubic feet.

The transaction between Mubadala Petroleum and Eni is subject to the fulfillment of certain conditions and all necessary authorizations from Egyptian authorities.

“This investment enables Mubadala Petroleum to further expand our position in Egypt while deepening our strategic partnership with Eni, the operator of both the Shorouk and Nour concessions,” said Musabbeh Al Kaabi, CEO Petroleum & Petrochemicals at Mubadala Investment Company and also Chair of the Board of Mubadala Petroleum.

“This exploration block complements our existing investment in Zohr, supports our growth strategy in Egypt and holds the potential to unlock an additional resource base that could add to our business in the longer term,” he said.

The 739 square kilometer Nour block is operated by Eni's subsidiary IEOC in the prolific East Nile Delta Basin of the Mediterranean Sea and is located approximately 50 kilometers offshore in the Eastern Mediterranean in water depths between 50 and 400 meters.

Currently, Eni and Tharwa are implementing a $105 million two-phase well drilling works in the Nour field over the next six years with the first well initially set to spud in September of this year.

Eni’s CEO, Claudio Descalzi, said, “This transaction strengthens our partnership after the successful relationship in Zohr and confirms Mubadala Petroleum’s trust in Eni’s robustness as operator, both in projects development and exploration activities.”

For Eni, which had also previously divested 30 percent of its stake in the Shorouk concession to Russia's Rosneft, and 10 percent to BP, the disposal of a portion of its Nour asset falls within the company's now preferred 'Dual Exploration Model', which allows it to “simultaneously fast-track development of discovered resources and the partial dilution of the high stakes retained in exploration leases to monetize in advance part of discovered volumes.”

But for Egypt, the deal between Mubadala and Eni goes a long way in boosting the country's ongoing efforts to narrow the huge gap between hydrocarbons production and consumption levels.

More petroleum industry majors, independents, small and large capital companies appear to be falling for the ongoing petroleum sector reforms pursued by President Abdel Fattah el-Sisi's government including the gradual removal of subsidies and enforcing policies that make it easier to transact mergers and acquisitions in the country's upstream space.

With an increase in new investments especially in exploration and development, Egypt hopes to fast-track the replacement of the many maturing fields and also increase production from existing locations to cut back on gas imports and halt diversion of export-destined gas to the local market.

Moreover, Eni, which is 64 years old in Egypt, with hydrocarbon production volumes of 230,000 barrels/day, an equivalent of 13 percent of the company's total annual production, continues to exert its increasing role in shaping trends in Egypt's upstream operations, both as a leading player in exploration and production and as one of the most active companies in the increasing upstream mergers and acquisitions in the country's petroleum industry.

In addition, Egypt's position as the largest oil producer in Africa outside the OPEC and third largest gas producer after Algeria and Nigeria looks assured especially with the increasing attraction of international oil and gas companies eager to push for the development of new gas discoveries as Egypt strives to achieve self-sufficiency in gas that has seen consumption surpass the 802,000 b/d mark with an annual demand growth of 16 percent.

If recent activities in Egypt's upstream sector are indicators of future trends in the highly-attractive petroleum industry, then this North African country is on the path to achieving a sustainable balance between oil and gas production and the rapid consumption growth. 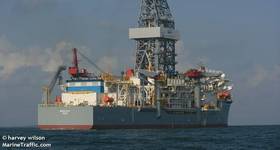