Hoegh Backs Out of Chile LNG Project but Buoyant on Market 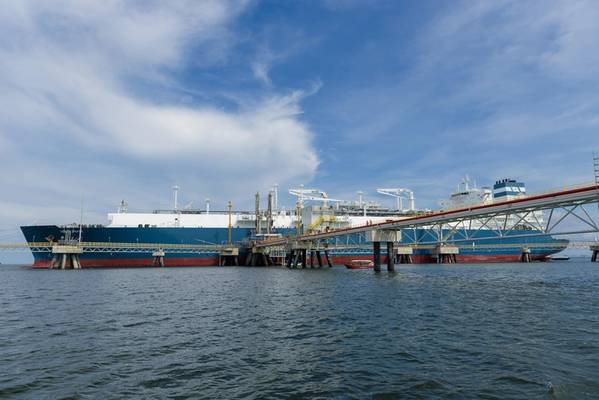 Hoegh LNG said on Thursday it had let agreements lapse in Chile that tied one of its floating liquefied natural gas (LNG) import vessels to a project there because approvals for the initiative were likely to be delayed again.

The Norwegian company was due to provide a floating storage and regasification unit (FSRU) to GNL Penco for 20 years under a 2015 deal, with an original start date of the second quarter of 2018, but regulatory permits were slow in coming.

Hoegh said it had been "made aware that the planned approval process for the GNL Penco FSRU project is likely to be further delayed, and therefore the parties have agreed to let the contract expire".

Hoegh's newbuild FSRU called Esperanza was intended for the Chile project, but with the delays in mind the company managed to agree a three-year charter deal with China National Offshore Oil Corporation (CNOOC) after taking delivery earlier this year.

The company, one of few in the LNG industry that specializes in FSRUs, said on Monday it had won a tender to provide an import vessel to the Port Kembla project in Australia run by Australian Industrial Energy (AIE).

Hoegh has 10 FSRUs that are employed under long-term contracts or chartered, with two newbuilds due to be delivered. Chief Executive Sveinung Stohle told investors the Australian deal effectively left just one unemployed FSRU as of now.

A newbuild due in November known as "FSRU 9" already has a 15-month charter while the vessel is marketed to long-term projects, and "FSRU 10" is due next May.

The global LNG market has surprised many in the past 12 months by seeing higher than expected demand, in particular from China, and higher prices which lubricated dealmaking especially around future import and export projects.

This may help Hoegh, irrespective of whether FSRU daily rates rally behind the shipping rates, because it would keep LNG carrier companies focused on their core business rather than branching out into the FSRU business, Stohle told investors.

Flex LNG for example, a fellow Nordic company which is a traditional LNG carrier, said in May it was no longer interested in entering the FSRU market, blaming potentially low returns compared to its core business.

Hoegh on Thursday reported operating profit of $40.3 million in the second quarter of 2018, a touch above expectations in a Reuters poll of analysts.