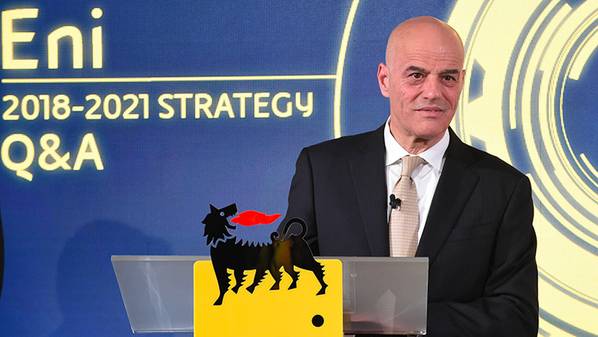 Italian oil major expects to invest $1.795 billion in three offshore Mexican oil fields by 2040, according to a development plan approved by Mexico's oil regulator on Tuesday.

The plan covering the Amoca, Mizton and Tecoalli shallow water fields is the second one approved by the regulator, known as the National Hydrocarbons Commission (CNH), following a landmark 2013 energy opening that has led to more than 100 oil and gas contracts being awarded in a series of auctions.

Initial production at the Tecoalli field is seen beginning in 2024.

The development plan forecasts 32 wells, four platforms, a gas pipeline connecting to the coast of southern Tabasco state, as well as the acquisition of a floating, production, storage and offloading (FPSO) vessel. The FPSO will be based in the Mizton field and will be used to separate and store oil and gas, and ultimately fill arriving tankers with crude.

Through the fourth quarter of 2020, state-run oil company Pemex will market the project's crude oil output but after that Eni will have the option of selling its crude directly from the FPSO.

Through the end of this year, Eni plans to invest $232 million as part of its work program for the project, while the total value of the project is estimated at about $7.3 billion.

The total government take from the project, the sum of the project's applicable tax and royalty payments to the state, is estimated at $12.7 billion, or about 92 percent of the estimated value of the oil and gas produced over the lifetime of the 25-year contract.

In late 2017, Eni announced that a discovery in the same project had raised its estimation of oil and gas to 2 billion barrels from a previous 1.4 billion after completing its exploration program.

As a result of the discovery, the project encompassing the Amoca, Mizton and Tecoalli fields is estimated to hold Mexico's fifth-largest concentration of proven and probable reserves, according to the CNH.

The three fields were discovered by Pemex but following the 2013 energy opening, they were among areas that were made available to private and foreign oil companies interested in developing Mexican projects.