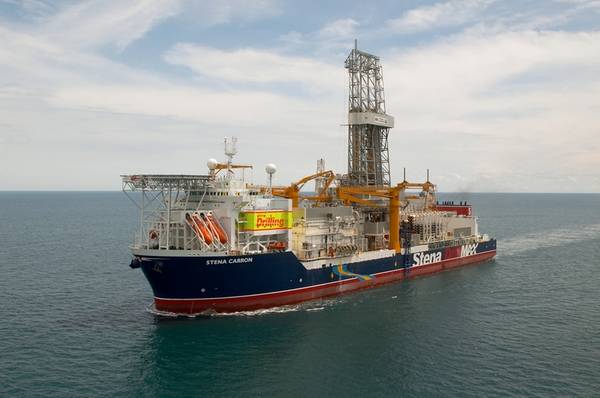 ExxonMobil and the Hess Corporation announced an eighth oil discovery offshore Guyana at the Longtail-1 well, creating the potential for additional resource development in the southeast area of the Stabroek Block.

The companies said approximately 78 meters of high-quality, oil-bearing sandstone reservoir was encountered. The well was drilled to 5,504 meters depth in 1,940 meters of water by the Stena Carron drillship on May 25, 2018.

The Longtail-1 well is located approximately 5 miles west of the Turbot-1 well and follows previous discoveries on the Stabroek Block at Liza, Payara, Liza Deep, Snoek, Turbot, Ranger and Pacora.

“The Longtail discovery is in close proximity to the Turbot discovery southeast of the Liza field,” said Steve Greenlee, president of ExxonMobil Exploration Company. “Longtail drilling results are under evaluation. However, the combined estimated recoverable resources of Turbot and Longtail will exceed 500 million barrels of oil equivalent, and will contribute to the evaluation of development options in this eastern portion of the block.”

Following completion of the Longtail-1 well, the Stena Carron will move to drill the Hammerhead-1 well located approximately 9 miles southwest of the Liza discovery.

ExxonMobil said it plans to add a third drillship that will operate parallel to the Stena Carron, to accelerate further exploration of the 26,800 square kilometer Stabroek Block.

The Noble Bob Douglas is completing initial stages of development drilling for Liza Phase 1, which will consist of 17 wells connected to a floating production, storage and offloading (FPSO) vessel designed to produce up to 120,000 barrels of oil per day. Construction of the FPSO and subsea equipment is under way, and first oil is expected in early 2020.

Phase 2 concepts involve a second FPSO with production capacity of 220,000 barrels per day.

A third phase is planned to closely follow Liza Phase 2 and is expected to bring gross production to more than 500,000 barrels of oil per day by late 2023.