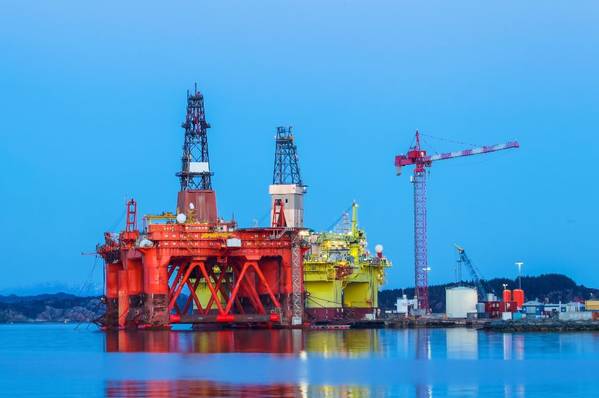 Norway has offered exploration acreage in mature offshore areas to 28 companies of 33 which had applied as part of the Awards in Predefined Areas (APA) 2019.

The Norwegian Petroleum Directorate said Tuesday that 28 oil companies had been offered ownership interests in a total of 69 production licenses on the Norwegian Shelf.

Minister of Petroleum and Energy, Sylvi Listhaug said: "I am proud to offer 69 new production licenses in this year's APA round. The companies show great interest in further access to new exploration acreage. This means that the industry believes in future value creation on the Norwegian continental shelf."

The APA licensing rounds cover the most explored areas on the Norwegian shelf. One of the primary challenges in mature areas is the expected decline in discovery size, however, smaller discoveries can be tied back to the nearby platforms.

NPD head of exploration, Torgeir Stordal said: "The 2019 awards with new licenses from the southern North Sea to the Barents Sea demonstrate the companies’ continued interest in the Norwegian Continental Shelf. Production licenses are being offered both in the Barents Sea and the Norwegian Sea which will require new seismic data and use of new technology to evaluate the resource potential. It will be exciting to watch how this develops in the coming years,”

According to the NPD the 2019 awards have been offered to a broad spectrum of players, with a good mix of small and medium-sized companies, as well as major international players.

“It is encouraging that companies show a willingness to test new exploration concepts. Many are also focusing on proving resources near existing infrastructure. This combination is important for continued value creation on the Norwegian Shelf,” says Stordal.

Minister Listaug said: "Hopefully, the exploration in the awarded acreage will result in new discoveries. This is important to ensure employment, value-creation and future government revenue for Norway's largest industry."

Equinor's Nick Ashton, senior vice president for exploration in Norway and the UK said: “Our infrastructure-led exploration on the NCS has been successful for many years.  This provides a good basis for high profitability and a low carbon footprint. In addition, we are actively pursuing new ideas in selected areas that meet the same criteria. This applies to the North Sea, as well as the Norwegian Sea and the Barents Sea, where we see potentials in the Castberg, Wisting, Goliat and Snøhvit areas. We are pleased with the opportunities that today’s award by the Ministry of Petroleum and Energy provides.”

See below the full list of acreage winners, as shared by the Norwegian government.

The offer of licenses to 28 licensees