French oil major Total and Brazilian national Petrobras have finalized the US$1.95 billion transfer of interests in the pre-salt Santos Basin from Petrobras to Total. The companies called the move a “decisive milestone” in a strategic alliance they signed in March 2017 to combine their deep offshore expertise.

Under the agreement, Total will acquire 35% rights and operatorship of the Lapa field in Block BM-S-9A, alongside Shell (30%), Repsol-Sinopec (25%) and Petrobras (10%). Lapa started production in December 2016 via the 100,000 b/d capacity Cidade de Caraguatatuba floating production storage and offloading vessel (FPSO).

Petrobras also will transfer to Total 22.5% of the rights to the Iara area, which includes the Sururu, Berbigão and Oeste de Atapu fields in Block BM-S-11A. Iara production is expected to begin this year through a 150,000 b/d capacity P-68 FPSO in in Berbigão-Sururu fields, followed by a second FPSO in 2019 in the Atapu field. Petrobras operates Iara with 42.5%. Partners include Shell (25%) and Petrogal (10%).

The $1.95 billion transaction amount does not include $400 million that can be triggered by Petrobras to carry part of its investment share in the Iara development fields and contingent payments, Total said.

In March 2017, the companies signed $2.2 billion agreements to transfer the interests in Iara and Lapa, as well as 50% interest in two onshore cogeneration plants, Rômulo de Almeida and Celso Furtado, in Bahia area, to Total. The two plants are connected to the regasification terminal located in São Francisco do Conde, also in Bahia, where Total will take regasification capacity to supply gas to the power plants.

In October 2016, the companies formed the strategic alliance for both upstream and downstream activities. The terms of the strategic alliance called for Total and Petrobras to join forces in key areas of mutual interest and evaluate opportunities in Brazil and internationally. The companies planned to focus on upstream in the agreement’s initial phase, with Petrobras proposing to partner with Total on Brazilian projects, and Total proposing Petrobras to partner in opportunities outside of Brazil.

As part of the strategic alliance, the companies announced in December 2016 plans for Total to become partner in the Iara fields and Lapa field. In return, Total would offer Petrobras the option of taking a 20% stake in the Perdido Belt deepwater exploration Block 2.

“These transactions represent a major step in our strategic alliance," said Pedro Parente, Petrobras CEO. "As Petrobras is a leader in the pre-salt exploration and Total is a leader in deep offshore West Africa, our partnership has potential to reduce our exploratory risks and make both companies more competitive."

Total CEO Patrick Pouyanné also celebrated the partnership with Petrobras. "We are especially pleased to be the first major to operate a pre-salt producing field in Brazil," he said."We intend to keep strengthening our strategic alliance with Petrobras thanks to our commitment to extend our technical cooperation in operations, research and technology, and to develop new synergies between both of our companies.”

In December, the Libra consortium selected Modec to charter an FPSO for the Mero field pilot project, formerly Libra Northwest. The FPSO will have a daily operational capacity rate of up to 180,000 b/d and 12 MMcm/d of gas, and be installed at Mero in the northwestern portion of the Libra block, 180km offshore Rio de Janeiro.  The Libra block achieved first oil in late November 2017. 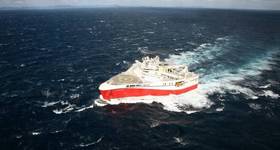 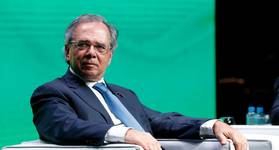