Ocean Infinity has awarded Houston-based 4D Nav a contract for InfinityView, a mission planning and monitoring software for its multiple autonomous vehicle systems.

The technology will support a new concept in autonomous underwater vehicle (AUV) deployment, which will see up to six AUVs at a time deployed from one vessel, supported by unmanned surface vessels (USVs).

In Q2 2017 Ocean Infinity, whose staff include senior management from Norway's Swire Seabed, will begin sea trials on the simultaneous operation of multiple autonomous vehicles to be used in the exploration of the seabed. OE covered this technology in its January issue here.

4D Nav’s managing partner, Stewart Cannon, said: “I believe this operation will be a game-changer in the seabed exploration world and points toward the future of the industry.”

The software should optimize the mission planning for all AUVs, USVs and the host vessel by applying deep learning technology. As the planned missions are being executed all of the autonomous vehicles and the host vessel will be tracked against their planned missions. If any deviations occur InfinityView will dynamically update the mission plan to allow corrective decisions to be made and executed.

“This software is imperative in the coordination and monitoring of the multiple autonomous vehicles that will operate in the ocean simultaneously. 4D Nav’s experience and proven mission planning software, gives us confidence in the success of InfinityView,” stated Jake Klara, commercial manager. 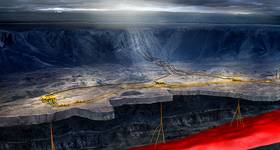 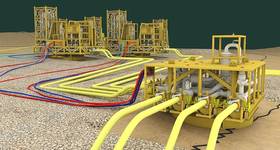