Section milling is a time-consuming operation often required as part of plugging and abandonment (P&A) operations. Section milling often has to be carried out when there is uncertainty over the annular cement in the well, which has the potential to cause flows, cross flows, or seepage of water, gas or oil.

To avoid such risks, section milling is used to remove casing and cement to allow placement of new isolations, as part of the P&A process. A 50m section could take more than 10 days to mill, GA Drilling says.

Standard milling operations currently involve removing the wellhead and the Xmas tree, then pulling the production tubing, before deploying a section milling tool, often requiring a sizeable and costly rig. GA Drilling says its solution, Plasmabit, will be able to mill out sections of tubing or casing, without having to remove wellheads, Xmas trees or production tubing.

The tool, which could be deployed using a light well intervention vessel, uses a non-mechanical rotating electrical arc, with up to 800 revolutions per second, to create a plasma which will fragment steel, cement, rock or other material, in the well.

The plasma arc is created by passing electricity through a plasma forming media, typically water, which is heated to 3000-6000°C. Hydrodynamic and magnetic forces are then used to either radially or axially direct the plasma arc, for either milling or drilling operations, respectively. The impact and speed of disintegration is computer controlled.

During tests on simple and multi-string casing samples in brine environments, a 3½in tool was able to mill a range of casing sizes including 4½in, 5½in and 7in. Rate of penetration was achieved at similar rates to traditional section milling techniques, but because one tool can mill various casing dimensions, tripping time is reduced. Testing also found the tool could mill carbon steel as well as steel alloys without significant difficulty.

The operation generates a finer powder, compared to the swarf created in traditional milling, he says. Fluid management is integrated within the Plasmabit device, which also has a movement and anchoring sub-assembly, which can also enable milling of wider diameters.

“We are also able to deliver and generate the energy needed continuously, which is different to the thermite reaction solutions currently offered by others,” Krištoficˇ says. In the next two years, GA Drilling intends to trial the technology onshore before running offshore field tests in early 2018, with offshore operational deployment planned for 2019.

“We are structurally changing the whole process,” says Igor Kocˇiš, CEO. GA Drilling was founded by Krištoficˇ and Kocˇiš, who worked together in embedded systems and IT system security. After selling their previous company, they looked for a new challenge, setting up GA Drilling in 2008, which initially focused on the geothermal energy sector.

Geothermal energy has had a big impact in places like Iceland and Slovakia. But, because you have to drill very deep to get the temperatures needed, it can be costly. GA assessed various technologies, including laser drilling and water jetting, but chose plasma, opting to build laboratories and testing facilities to develop and commercialize the technology. At the end of 2012, after four years’ testing, it presented its first working prototype.

At that point, GA Drilling realized the technology could have other applications, Kocˇiš says. In 2013, the firm launched a joint industry project with a number of operators and service companies. By 2014-15, the first priority application for the technology was identified – section milling for P&A operations.

Work is ongoing. GA Drilling is looking at two different conduits to take the tool to the work site – either coiled tubing or a hybrid cable, which could perform in downhole conditions. The hybrid cable would contain a fluid line and electrical and fiber optic elements for power and data transmission.

In March, GA Drilling opened an office in Aberdeen, as it looks to grow its P&A services. In 2015, the firm created an advisory board including Nigel Jenkins, previously CEO of industry body Decom North Sea, as its decommissioning, commercialization, strategy and growth adviser; Mikhail Gelfgat, a wells and drilling expert previously with Weatherford, and former Shell senior well abandonment and intervention engineer Iain Pittman. Longer term, the firm anticipates the technology will be a solution for geothermal well drilling. But, it has also been looking at options for well stimulation and even temporary wellbore stability enhancement. 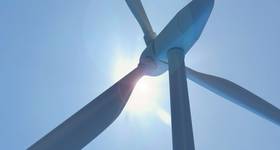