Despite the ongoing bribery investigations, Petrobras is ploughing ahead with new FPSOs. Pietro Ferreira, of the Energy Industries Council, outlines current contracting activity in Brazil and in Mexico.

Over the last 12 months, Latin America’s offshore segment has been mainly concentrated in Brazil and Mexico. The two countries’ national oil companies – Petrobras and Pemex – were responsible for most of the contracting activity during this period, awarding orders in various segments.

Despite the negative turn of events affecting Petrobras, the company is prioritizing the construction of floating production, storage and offloading vessels (FPSOs). In May 2015, it was announced that the China Offshore Oil Engineering Corp. (COOEC) would carry out the modules integration of the P-67 and P-70 FPSOs, while the construction of 24 compression modules for the six replica FPSOs package (P-66 to P-71) was awarded to a consortium involving Cosco and BJC Heavy Industries.

In the subsea segment, Technip won contracts from Petrobras in March 2015 and October 2015 for flexible lines. The first, worth more than US$543 million, called for the supply of 200km of flexible lines and associated equipment for the Lula Alto field. The second order, worth $110-270 million, included 8in production pipes and 6in service and gas injection pipes for the Libra field. Moving beyond Petrobras, a consortium between GE and McDermott obtained a contract in April 2015 – awarded by independent Queiroz Galvao E&P – for the supply and installation of subsea equipment for the Atlanta field.

The operations and maintenance (O&M) segment saw two contracts awarded to Wood Group. The first, awarded in September 2015 by Statoil, is valid for four years and includes services for two wellhead platforms and an FPSO at the Peregrino field. The second contract, awarded in early January 2016, calls for two years of O&M services for PetroRio’s Polvo-A fixed platform at the Polvo field.

Looking further into 2016, Brazil’s oil and gas market is set to gain momentum with bidding activity for three new production units. Petrobras is scheduled to receive bids for two 180,000 b/d FPSOs on 8 April (one for the Sépia field and the other for the Libra pilot project). Companies invited to bid include BW Offshore, MODEC, SBM Offshore and Teekay. Statoil, meanwhile, is expected to issue a tender in 1H 2016 for a wellhead platform to be installed as part of the second development phase of the Peregrino heavy oil field.

June 2015 also saw Aker Solutions celebrate its first order for the Mexican Gulf of Mexico, with a contract by Pemex for the Lakach gas field. The company will deliver 73km of electro-hydraulic steel tube umbilicals, to be manufactured in the US. 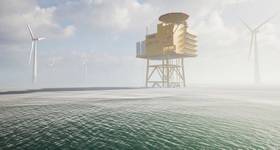 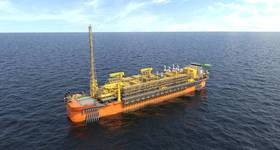