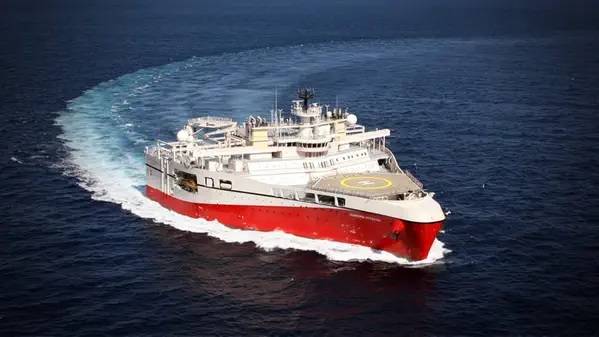 PGS said the client was "an international energy company."

The company's 104.2-meter-long and 70-meter-wide Ramform Hyperion vessel is mobilizing for the survey. The offshore survey is expected to be completed in late April.

“We are very pleased with this contract award, which is the third sequential survey for Ramform Hyperion in the highly active Mediterranean geo-market, where we have built a solid acquisition campaign through the winter season,” says President & CEO in PGS, Rune Olav Pedersen.

The Ramform Hyperion was recently used by Energean for a survey offshore Greece. The vessel's AIS data, as shared Monday on the MarineTraffic.com website, shows its current locations as being "offshore Egypt."

While PGS did not share the financial value of the project, it is worth noting that PGS announces contract awards as stock exchange releases if the contract has a value of $10 million or more.