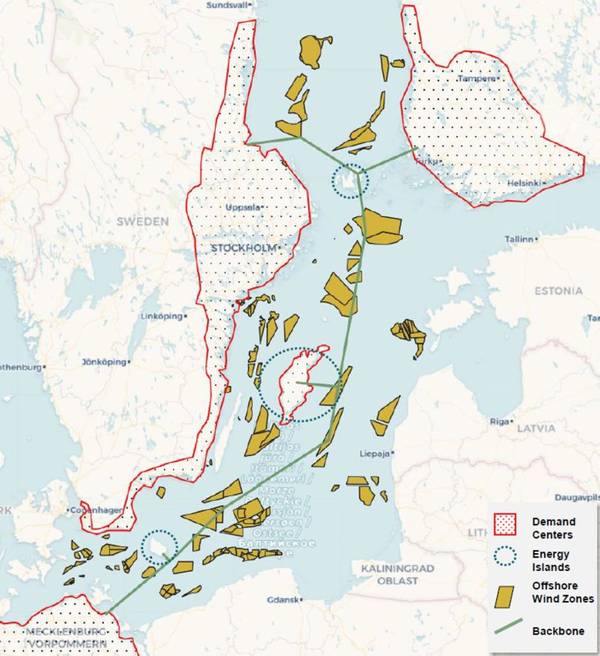 The Swedish company OX2 said Friday it was, with partners, exploring the possibility of developing a new offshore hydrogen pipeline infrastructure to connecting Finland, Åland, Sweden, Denmark, and Germany.

OX2 has reached an agreement to explore the pipeline development with Gasgrid Finland and Nordion Energi, gas transmission system operators (TSOs) in Finland and Sweden, and Copenhagen Infrastructure Partners.

"The project, the Baltic Sea Hydrogen Collector  (BHC), will be a large-scale, cross-border collection and transportation infrastructure for green hydrogen," OX2 said.

The aim of the project is to create a hydrogen market and connect supply and demand in Bothnia Bay, the Baltic Sea Region, and Central Europe.

The pipeline may also be connected to energy islands in the region, such as Gotland in Sweden and Bornholm in Denmark. The goal of the project is to help achieve the REPower EU targets by 2030, the company said.

"Hydrogen has been identified to play a vital role in the transition to fossil free energy for the heavy industry and  shipping sector. Renewable energy is a cost-efficient way to produce  green hydrogen and the Nordics and the Baltic Sea region have very good  conditions for onshore and offshore wind power. OX2 is developing solar  power as well as onshore wind power, and several large-scale offshore  wind farms in the Baltic region," OX2 said.

CIP partner, Thomas Dalsgaard: ”Wind energy is an excellent power source for producing green hydrogen. The Baltic Sea Hydrogen Collector is a bold vision for securing trade and transmission of that energy and at Copenhagen Infrastructure Partners, we are proud to be part of the consortium behind this pipeline project.”