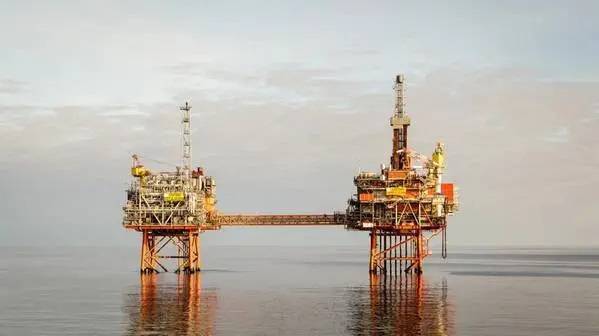 At the same time, the pan-European was down 0.4% and an index of European oil and gas stocks was down 0.9%.

The IPO, which priced at the bottom of the expected price range, gave an initial valuation of 2.45 billion pounds ($2.83 billion) for the company.

The top of the original price range would have valued it at 3.1 billion pounds.

Ithaca raised proceeds of 288 million pounds amid a drought of stock market listings this year, with global IPO proceeds down more than 70% compared with the same time last year, according to Dealogic data.

The London stock exchange has suffered the worst year on record for UK IPOs as market volatility persists amid the energy crisis and worsening economic forecasts. "Ithaca has IPO'd into a difficult broader market backdrop and the near-term weakness probably underlines that," said Investec analyst Nathan Piper.

Proceeds from UK shares sales have dropped 95% so far this year and only two out of 38 listings in Britain have been in the utility and energy sector, amounting to a mere $5 million from an overall $910 million raised in the region year to date, according to Dealogic data.

Ithaca, owned by Tel Aviv-listed Delek Group, is being watched for indications of investor interest in energy producers in the North Sea, an ageing basin where private equity firms have in recent years bought assets, but have held off IPOs.

Ithaca's move to tap capital markets comes amid renewed government interest in the North Sea region due to the energy crisis, with Britain recently launching its first oil and gas exploration licensing round since 2019, in an effort to boost domestic production.

Ithaca, which produces around 70,000 barrels of oil equivalent per day, wants to use the IPO proceeds to pay down debt, which stood at a net $1.4 billion at the end of June.

The last oil and gas producer to float on the main London stock exchange was eastern Mediterranean-focused Energean in 2018. Goldman Sachs and Morgan Stanley are joint global coordinators on the deal, while, Jefferies, and Bank of America BAC.N are joint bookrunners, with ING  acting as co-lead manager.