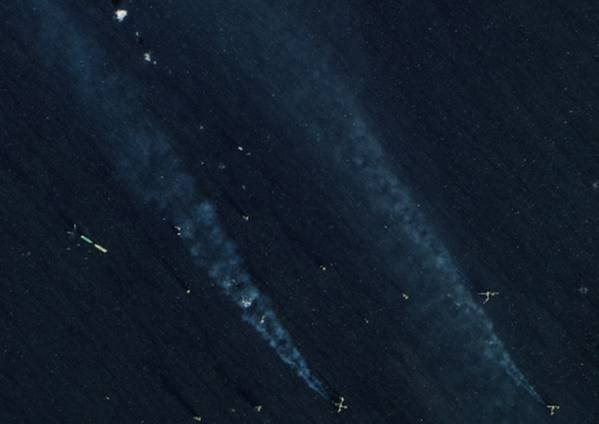 Pemex did not inform Mexico's environmental regulator of a methane leak from a key offshore oilfield in December, according to the state oil company's response to a freedom of information request, which confirmed an earlier Reuters report that the regulator had no record of the incident.

Under Mexican law, companies need to report incidents when they pose a risk to the safety of workers, the environment, to oil and gas production, or the infrastructure for it. Experts consulted by Reuters said the leak clearly met this criteria.

Pemex did not respond to a request for comment on why they did not report the incident. 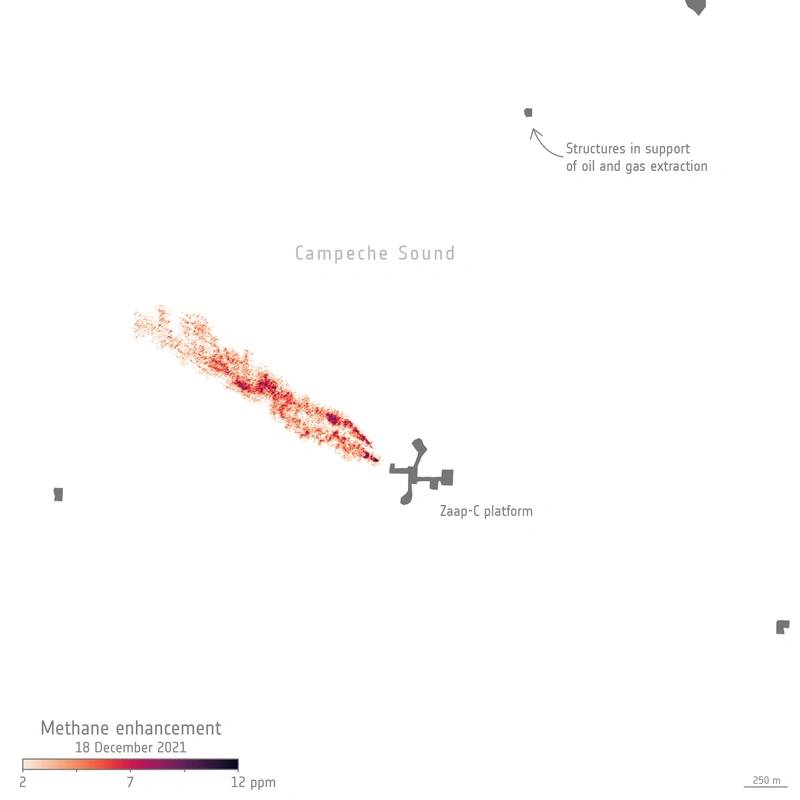 Reuters requested all records of incidents Pemex's exploration and production arm reported to the environmental regulator - and its predecessor - at the Ku-Maloob-Zaap cluster of oil fields over the past decade.

The methane leak at the Zaap-C platform, which first appeared on Dec. 8, was uncovered by researchers, including from the Polytechnic University of Valencia, and published by the European Space Agency.

Pemex confirmed a leak but disputed the volume the scientists had calculated.

Invisible and odorless, methane is considered a much more potent driver of global warming in the short-term than carbon dioxide because it traps more heat in the atmosphere. 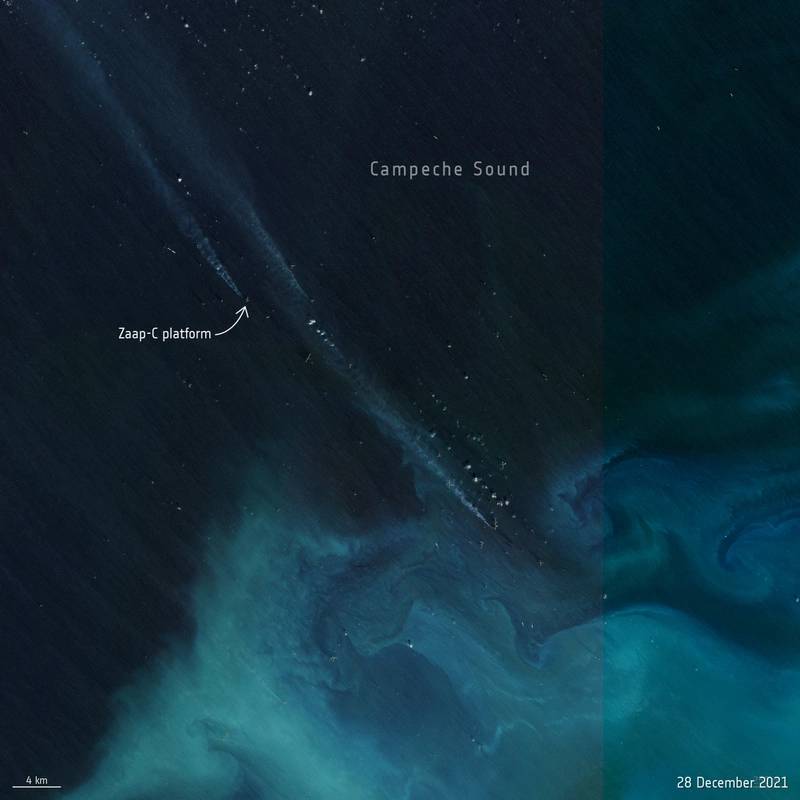 Mexico, along with around 100 other countries, has committed to reducing methane emissions 30% by 2030.

The information received from Pemex through the freedom of information request also showed the company did not report another methane leak of a similar size in August, detected by the same scientists.

Nor did it inform ASEA - as the environmental regulator is known - of a massive ocean surface blaze in July 2021 caused by a gas leak from a busted underwater pipeline.

Dubbed "the eye of fire" by local media, images of the huge circular flame went viral as it burned for five hours.

Experts said they were concerned over the lack of reports and transparency around the incidents, which all happened at different parts of the gas infrastructure at Ku-Maloob-Zaap over the past two years.

As part of its response, Pemex released several internal documents that showed it did report two other incidents to the regulator in January 2020 and August 2021, both at adjacent gas processing centers at Ku-Maloob-Zaap.