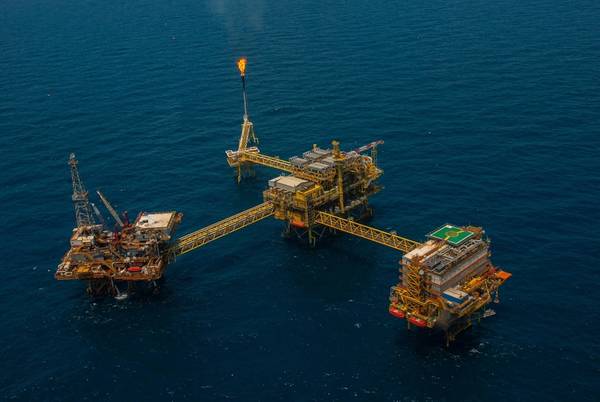 Scientists who detected a massive methane leak at an offshore platform run by Mexico's Pemex said Tuesday there was "no way" they had made a mistake, roundly rebutting claims by the state oil company that the emissions were smaller and less polluting.

Pemex, which is under increasing international pressure over its environmental record, last week issued a statement calling the study published in the Environmental Science & Technology Letters journal incorrect, arguing it had mistaken nitrogen - also a colorless, odorless gas - for methane in its calculations.

But in a response sent to Reuters, the scientists behind the study dismissed Pemex's position saying the sensors they used to detect the methane leak at the Ku-Maloob-Zaap oil field cluster in the Gulf of Mexico cannot see nitrogen.

"There is no way of mistaking one for the other," said two of the authors, Itziar Irakulis-Loitxate and Luis Guanter, both at the Polytechnic University of Valencia in Spain. "The startling emissions we reported were 100% methane, plain and simple."

The research, which was republished by the European Space Agency, found that 40,000 tons of methane were emitted in December.

It is part of a wider study funded by the agency that aims to detect and quantify human-made emissions from space using satellite data.

Methane, the main component of natural gas, is considered a much more potent driver of global warming in the short term than carbon dioxide because it traps more heat in the atmosphere.

Pemex did not respond to a Reuters request for comment.

Irakulis-Loitxate and Guanter said the satellite methods behind their study were bringing emissions to light that previously would have gone unreported.

"Methane is a huge challenge across the industry. Ideally, operators would embrace this new information," they said.

Mexican President Andres Manuel Lopez Obrador has promised to dramatically reduce methane emissions and is facing increasing international pressure to do so. In June, U.S. Special Presidential Envoy for Climate John Kerry raised the matter during a visit to Mexico.

Irakulis-Loitxate and Guanter said their satellite observations also showed the flare at the Zaap-C platform, used to burn off the excess natural gas and minimize methane's harmful impact, was unlit for 17 days in December.

"This is a matter of simple visual confirmation," the statement said. "Data from two other satellites confirm that the unlit flare was emitting large volumes of methane during that same period."

Pemex had said the flare was unlit for just a few hours.

Pemex also posted a video on its official Twitter account in which Chief Executive Officer Octavio Romero repeated that most of the gas that was being burnt on the platform was nitrogen.

"Here, we're not doing any irrational flaring - and even less so polluting in the way this publication claims," he said in the video, which included footage of the platform and the gas flare.

Earlier this month, the scientists shared new data with Reuters that showed there was another leak of a similar magnitude from the same location during six days in August.