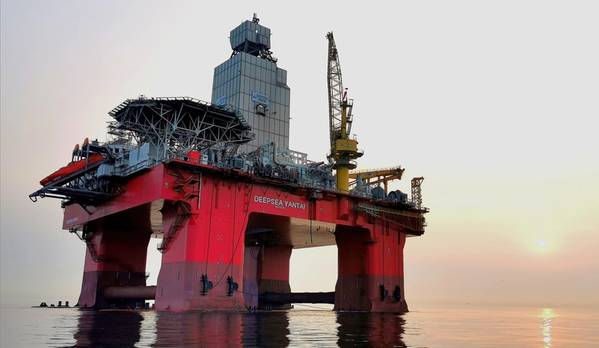 The 2019-built rig is owned by China's CIMC and managed by Odfjell Drilling.

The contract, announced Tuesday, is for the rig to permanently plug and abandon nine wells at four different well locations across two fields Knarr and Gaupe.

This is the second contract award for the Deepsea Yantai this week. On Monday, Odfjell drilling said it had agreed on a contract with OMV Norge AS for the use of the Deepsea Yantai to drill one firm well, “Eirik” in PL 817 in the North Sea, plus one optional well in 2023 or 2024.

Deepsea Yantai is a GM4D harsh environment design and is Odfjell Drilling’s first rig of this design. The unit is designed for operations in harsh environments and at water depths of up to 1,200 meters.

The rig has full DP 3 station keeping and is ready for full mooring spread for operations in water depths of 70 to 1200 meters.