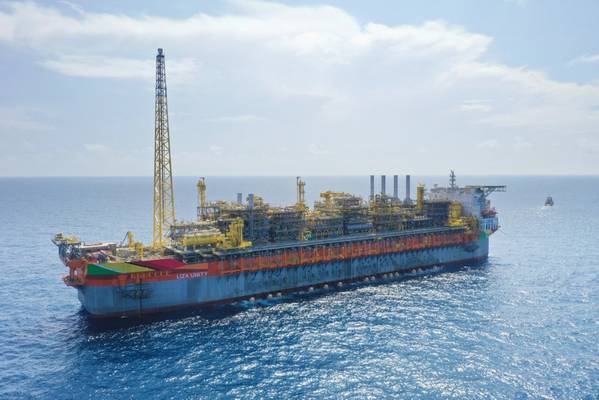 Oil producers in Guyana are boosting exports to European buyers seeking alternatives to Russian crude, according to vessel monitoring data.

Government bans on Russian oil since the invasion of Ukraine have spurred demand for alternative crudes, and Guyanese oil fits refiners from Britain to Italy better than rival Latin American grades do.

So far this year, 49% of Guyana's total oil exports have headed for Europe, up from 16% in 2021. Cargoes to Europe averaged 110,000 bpd from January through early September, according to Refinitiv Eikon tanker tracking data, more than the entire daily volume shipped to all destinations in 2021.

The oil, produced by an Exxon Mobil, Hess Corp, and CNOOC consortium, is entirely exported. Guyana sells its share through open-market tenders and via a trading unit of Saudi Aramco.

None of the parties have struck long-term supply deals with specific customers for the oil.

"They have all been spot cargoes. This is one of the few areas of the world that is expanding," said an executive from a European company buying Guyanese crude since early 2022, both for trading and refining.

Spain's Repsol, Italy's Eni and Britain's BP have taken cargoes, the data showed. Repsol and Eni imported Venezuelan crude in the second quarter, but shipments have remain suspended since July.

Exxon, Hess, and Repsol declined to comment on commercial agreements. Guyana's energy ministry, Eni and BP did not immediately reply to requests for comment.

On Thursday, Hess CEO John Hess told investors that Guyana wants "to move forward as expeditiously as possible." A development plan for the consortium's fifth project, Uaru, will be submitted for government approval later this year, he said.

In 2021, Guyana exported 101,000 bpd of crude, most of which went to Asia. Shipments to Europe represented 16% of the total, according to Refinitiv.

By 2027, the Exxon-led consortium, which only in 2019 inaugurated output, expects to pump 1.2 million bpd. Guyana is expected soon to schedule an auction of oil and gas blocks to attract new companies to its offshore fields.